BIOGRAPHY
Band Members: Jason Reed Milner [Music + Synths] | Leslie Irene Benson [Lyrics + Vocals]
About the Band:
THE SWEETEST CONDITION is an industrial synthpop band, featuring Jason Reed Milner (music + synths) and Leslie I. Benson (lyrics +
vocals), based in Nashville, Tenn., that blends iconic sounds of the ’80s, industrial muscle of the ’90s, and cinematic soundscapes with hints
of EDM.
After releasing their five-­‐song EP, Truth & Light, in April 2013, the female-­‐fronted dark electronic duo moved to Nashville, where they
teamed up with producer and sound engineer Joel Lauver of Burning Bridge Recordings to produce their debut LP, Edge of the World, which
was released independently on Aug. 28, 2015, through CD Baby on physical CD and through digital retailers such as iTunes and Amazon. 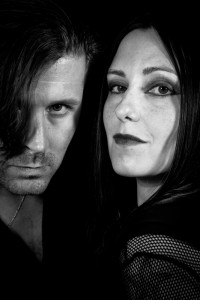 Dual-­‐parts sinful and sensual, hopeful and bleak, Edge of the World is an 11-­‐song commentary on humanity,
anti-­‐conformity, self-­‐loathing, and dream chasing—a catalyst for transformation—set to unyielding dance
floor beats for those clubs where people writhe in cages.
In the Beginning
The musicians first met in 2004 on the underground club circuit in Indianapolis, Ind. Milner was touring in
industrial rock band Form 30, opening up for national artists like Razed in Black, Shiny Toy Guns, Haujobb,
My Life with the Thrill Kill Kult, and The Last Dance. Benson was working as a journalist who had just launched a Midwest-­‐based Goth/industrial music magazine, Echo Immortalis.

Already fast friends, the duo officially joined musical forces as Irene & Reed in 2009. They recorded their debut
LP, Closer to Home, at Sony Tree Studios in Nashville, releasing it in 2010. After a short tour, they switched
gears, forming The Sweetest Condition in 2012—an aggressive, moody, synth-­‐based project that would allow
Milner (of Nimbus, Form 30, Seven Mile Radius, and Irene & Reed) and Benson (of Burning Veda, Irene & Reed) to satisfy the full spectrum of their music interests. 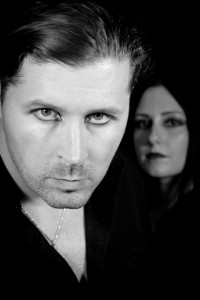 Long before they had a name for their new project, the musicians experimented by writing an angst-­‐filled industrial rock track called “Watch You Fall” in 2010—a far cry from the piano-­‐based indie pop songs they recorded as Irene & Reed. The band came full circle with their darker electronic music roots on their debut EP,
Truth & Light, releasing it in 2013. The Sweetest Condition soon revisited “Watch You Fall,”re-­‐recording the
song in their Nashville studio, along with 10 additional original synth-­‐driven tracks, for their debut LP, Edge of the World.
Mixed, mastered and produced by Joel Lauver of Burning Bridge Recordings in Nashville, Edge of the World
reveals intimate and visceral stories set to floor-­‐shaking soundscapes elevated by lashing synth riffs, addictive
chorus hooks and stabbing guitars—a tribute to the band’s ’80s synthpop/darkwave and ’90s industrial influences. The debut album by The Sweetest Condition was released independently worldwide on Aug. 28, 2015. 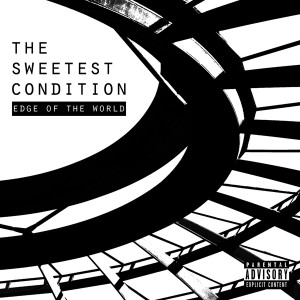 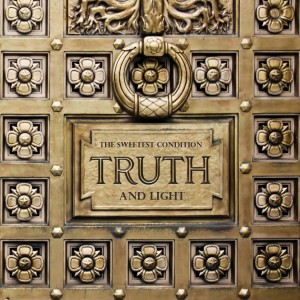 Find them at Bandcamp: https://thesweetestcondition.bandcamp.com/