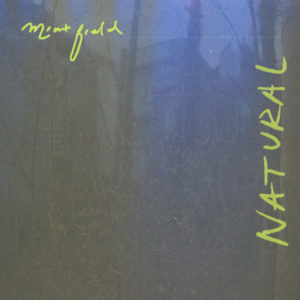 Mexico City-based act Mint Field have just revealed their new single & video “Natural“. It is a song about speaking words and their relation to our subconscious, as well as being self-aware. Sonically it resumes Mint Field’s classic dreamy and distorted sound with a complex rhythm section. Mint Field’s current lineup is Estrella del Sol Sanchez, Sebastian Neyra and Callum Brown from Ulrika Spacek with Callum Brown joining the band last August. For this single the band adds violin, strings and saxophone. This was achieved with the help of guest collaborators Cathy Lucas from Vanishing Twin and Nathan Pigott. The track was produced by Syd Kemp of Ulrika Spacek. All three collaborators are part of the HAHA Sounds Collective and recorded the session at Wilton Way Studio in London, UK.

The video for the single was shot in late February before the pandemic took over our lives. It was directed by Daniela Solis and Maria Ramirez. The idea was to capture the movement of light and how time elapses. It was recorded in an empty house which belongs to the grandmother of the two directors. It was all natural with no post production effects.