After this summer’s US tour, Turkish dark-wave, post-punk band She Past Away is announcing a string of ten North American tour dates starting November 27th in Quebec, and carrying on through mid December. The band will be stopping in ten cities including Portland (December 4th), Los Angeles (December 7th), and New York (December 14th). 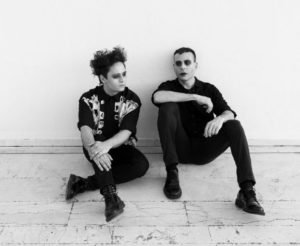