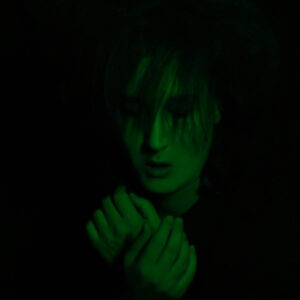 Miami, Florida-Goth Rock/Post-Punk artists Astari Nite have released the music video for their song “Paint the Stars Tonight” off their album Here Lies, which was released in May. The video was inspired by the 80s and 90s underground film aesthetic. It highlights a simpler time in life when Dungeons & Dragons, toys, video games, a summer sleepover and most of all finding out that falling in love meant everything.

Vocalist Mychael explains: “Freyja Lilith (director) continues to elegantly interpret our songs to tell her own story through film which is terrifying to me. Of course, it has to do with how powerful her spirit is deep within. How she captures me crying and makes it look like I’m smiling will always be a mystery.”