Darkwave post-punk act Bestial Mouths is back with their latest single “INSHROUDSS”. It is the first single to be released off their upcoming EP of the same name, due out on October 28th via RUNE & RUIN Records. The upcoming album and single were produced by Alex DeGroot (of Zola Jesus) and features Brant Showers (of SOLVE and Aaimon).  The single was released alongside an equally haunting music video, directed by visual artist Void.exe_berlin. 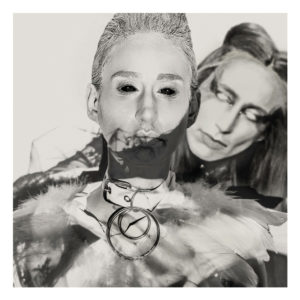 Lynette’s thoughts on the single: “There is dark fabric suffocating my entire being, filling my lungs, binding limbs. A physical, emotional and mental bondage in life, a confusion as to why the other can not see that I have become a shell of a human. Stagnate, gray, slowly vanishing. When it becomes hard to breathe, reality is questionable.”

INSHROUDSS EP IS AVAILABLE FOR PRE-ORDER ON BANDCAMP