Skinny Puppy co-founder cEvin Key has released “Anger Is an Acid”, the new single from his upcoming solo album Xwayxway. Sneaker Pimps founder Chris Corner, also known as IAMX, lends his stunning vocals on the single. Kevin explains: “It was a collaboration that came 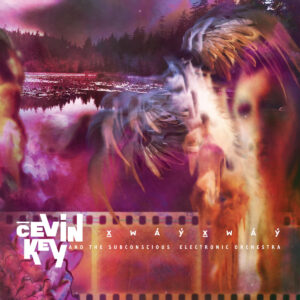 from first just being friends. I had written the ‘Anger’ arrangement and sent it to Chris on a whim. I think it was over a year and a half later, he just one day said, ‘Oh, I finished the idea you sent.’ When I listened I was really blown away, of course.”

Xwayxway is Key’s fifth solo album. It will be released on February 19th on Artoffact Records.“This album may be my most personal,” says Key.

Stream “Anger Is an Acid,” and pre-order the album here: https://orcd.co/xwayxway