Alexander Gold aka Darling Boy has just shared his new single and video “Air Conditioned Gypsy”. The song is a celebration of being carefree, living on 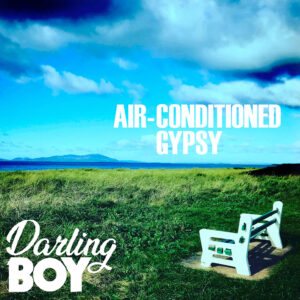 your wits and approaching life with a willingness to find hope in times of adversity.

About his influences, Gold says: “Musically there‘s a nod and a wink to the Smiths and Oasis, before it morphs into something (in my head at least) approaching latter-day Arctic Monkeys, back-to-his-original-accent Paul Weller and Give Out But Don’t Give Up-era Primal Scream. The freewheeling vocal near the climax of the song is a small homage to Pink Floyd’s Great Gig In The Sky and is sung by one of the members of a very famous girl band – also one of the authors of that band’s biggest hit. But I’m sworn not to tell you who it is. ;-)”

“Air Conditioned Gypsy” is produced and mixed by Matt Terry and Gethin Pearson (The Enemy/Kele/Charli XCX) alongside Darling BOY himself, additional mastering for the track was completed by John Rivers (The Specials).

Alexander Gold is a self-taught multi-instrumentalist, songwriter and actor.