Canadian electro-industrial act DHI (death and horror inc) have released a new single. You can listen to and download/purchase “Losing” here. 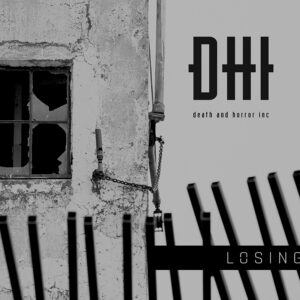 The new single features the band’s trademark pounding drums and ferocious, chugging guitars. The lyrics are from the perspective of reaching out and losing someone, yet in this era they feel reflective of the bigger picture.  Led initially by Vicar and Graf and now fronted by Vicar, DHI started in the late 1980s and have been held up along with Front Line Assembly and Skinny Puppy as early industrial pioneers. You can read more about their history here on the band’s website.

If you can’t get enough, last year DHI rereleased their entire catalog, including expanded versions and alternate mixes of many of their singles, which can be found on their Bandcamp page.