Italian electropop duo, Electrogenic are announcing the release of “Another Day” on June 18, 2016., the third single from their celebrated debut album Double Exposure.

One of the most well-received efforts on the album and radio favourite will be released on June 18, 2016 on the combo’s Bandcamp page and digital stores. Along with it, a groovy and captivating remix by Big Leo (Dis/Age) and a very touching and personal cover version of I Would Die 4 U by Prince.
The band also filmed an accompanying video which will be released together with the single. 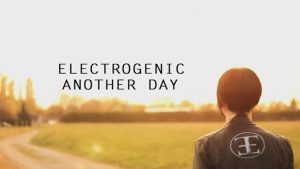 Electrogenic was formed in 2014 in Milan, Italy. The duo is composed of Stefan and LaCrisi .
With evocative lyrics, catchy melodies, sparkling synths and a dancefloor-attitude drumming, their music shines out the new wave/eighties pop sound and electronic era lives in “now present” music times. Their debut album Double Exposure was released in 2015 and received acclaim from both press and public. They also released two videos for the singles Game Over and Skills.