Erasure have announced their 18th studio album, The Neon and shared the album’s opener “Hey Now (Think I Got a Feeling)”. The 10-track album is written and produced by Vince Clarke and Andy Bell as they reunited to work on the follow up to 2017’s World Be Gone.

Vince explains: “Our music is always a reflection of how we’re feeling. He was in a good place spiritually, and so was I – really good places in our minds. You can hear that.” 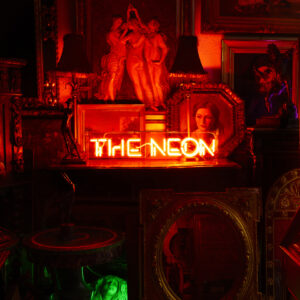 Andy shares his thoughts on the pop music: “It was about refreshing my love – hopefully our love – of great pop. I want kids now to hear these songs! I wanted to recharge that feeling that pop can come from anyone.”

The album’s vocals were recorded in Atlanta, Georgia, with Vince joining Andy at the studio sessions, and the mixing was done by the band in London earlier this year.

The Neon creates a beautiful place that lives in the imagination; it connects us to our pasts and futures. It puts us in a celebratory world; it could be a club, a shop, a cafe, a restaurant or any place at all… and the music takes you there.

The Neon is out on Mute on 221 August and available as pre-order exclusives on limited edition neon orange vinyl, limited edition neon green cassette and CD in a fold out orange foil blocked sleeve with fold out lyric and photography booklet, as well as on black vinyl, to download and stream.

Pre-order: mute.ffm.to/TheNeon
Pre-orders via the band’s shop will include priority access to future tour dates.