Esprit D’Air announce a 7-day UK tour, which will include London, Cardiff, Birmingham, Manchester, Newcastle, Carlisle and Glasgow. The tour will promote their new album Constellations. The band received many positive reviews by HuffPost, PowerPlay, JROCK NEWS and Neo Magazine, and was airplayed on Kerrang! Radio, TotalRock Radio. Their lead single, ‘Guiding Light’ lists on TeamRock Radio’s best rock songs of 2017 so far. 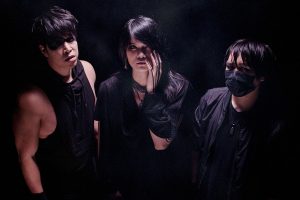 Since their reformation in 2016, Esprit D’Air performed at the UK’s largest Japanese culture festival HYPER JAPAN, sold out a headline show at O2 Academy Islington, and supported the likes of Canada’s darkwave band The Birthday Massacre, and doom pop quartet Courtesans.

The sales of their album Constellations peaked at #3 in Amazon’s Best-Selling Hard Rock & Metal category and #8 in Rock. Physical copies of Constellations are now being distributed across the world, including HMV stores across the UK.

Self-signed and DIY J-rockers record music in their own studio, book their own shows, and produce the music and artwork themselves. 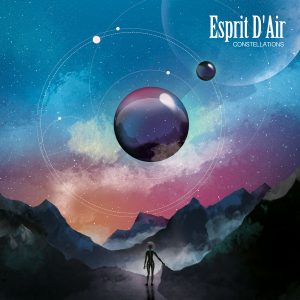 Tickets for the tour are available for purchase on SeeTickets.