London-based electro-rock group IAMWARFACE have just released a video for their latest single “Say My Name”, taken from their upcoming debut album Year of the Dragon, set for release in early September. 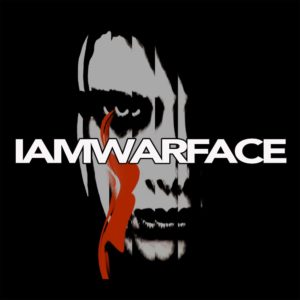 With a sound reminiscent of acts like Muse and Queens of the Stone Age, IAMWARFACE combines snarling, shredding guitars, pounding drums, dark synths and loud yet melodic vocals into an energetic and uniquely futuristic sound that catches the listener’s attention and earworms its way into their head from the very first listen.

The band has previously released four singles and toured extensively to promote them, including recent support slots for Gary Numan, allowing them the unique opportunity to support an artist that they list as one of their influences. They will be playing a few live shows in the UK in the coming months, starting with a London show at the end of July.

Watch the video for “Say My Name” here, and keep an eye on the band’s website and Facebook page for updates on their work.