LA based, Australian “Death-pop” duo VOWWS have just released the video for their new single “Impulse Control”. Their experimental approach to their art has won the interest of some distinguished collaborators including Gary Numan, Thor Harris (Swans) and Deftones frontman Chino Moreno, as well as the fashion world. On their first two records, 2015’s The Great Sun and 2018’s Under the World, VOWWS 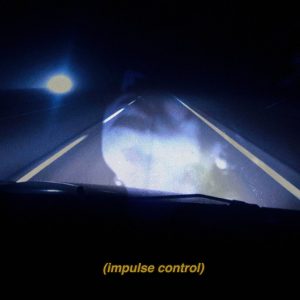 honed a unique approach to writing and production. In December of 2018, the band reconstructed a single from their second album, “Structure of Love”, with Chino Moreno and Danny Lohner (aka Renhölder) of N.I.N and Marilyn Manson. In January 2019, the band were invited to perform during the Commes Des Garçons runway show for Paris Men’s Fashion Week, after which they were invited for in-store performances in Tokyo and London, as well as designing an exclusive merchandise line for the brand. After a partially completed world tour with Poppy, VOWWS were forced to retreat to the studio in March 2020, where they wrote “Impulse Control”. The accompanying video (directed and edited by the band) shot partially in LA’s Little Tokyo just prior to shelter, flawlessly captures our current dystopian climate of paranoia, mania, absurdity and occasional gallows humor.

VOWWS explain: “It’s a unique time for humanity, the machine has stopped and we’re all in solitary having to deal with ourselves. There’s a lot of anxiety that we can’t really run from. Like everyone else, we’re processing a huge shock and experiencing things we’ve never dealt with before. We’re grateful to have an outlet for some of the angst, it feels like the best way we can work through something this intense is to capture the feeling. A lot of the song came out of nowhere, straight from the void probably.”