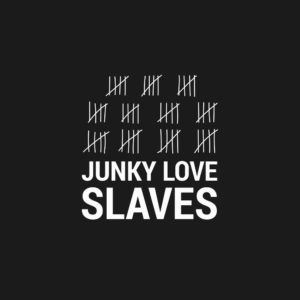 London based psych/garage rock trio Junky Love have just released their new single “Slaves” which follows their May 2019 release ‘Nowhere To Go’. Both songs will be included on a forthcoming EP and were recorded at Studio 9 in London and co-produced by the band with Keir Vine.

The band state: “We live in a dystopian world that only benefits the 1% of this Orwellian ‘Oceania’ state and where the antagonists of politics and corporate greed masquerade as philanthropists. We’re bound by imaginary shackles and chains, governed by chimeric ideologies that advocate low pay, condone poverty, endorse inequality and promote biased news to confuse and divide us. ‘Slaves’ is a protest song – a mutiny against a dysfunctional system and the elite.”

You can see Junky Love live in London on 14 November, 2019 at The Dublin Castle.