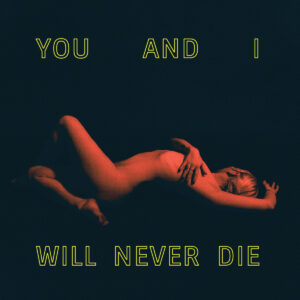 Dark pop diva KANGA has released a music video for her new single, “Moscow” off her upcoming sophomore release, You And I Will Never Die. She describes the song “as a short story celebrating love and the inevitable pain and loss that comes with it.” Haunting and romantic yet still poppy, it brings to mind Violator-era Depeche Mode with its lovesick lyrics and dance floor beat.

Set for release on March 26th via Artoffact Records, You And I Will Never Die was written and performed entirely by Kanga and mixed by the team of Justin McGrath (Nine Inch Nails) and Brett Romnes (Brand New). It was also mastered by Nick Townsend, who worked with Dr. Dre and Garbage among others. The top-notch production value and Kanga’s growth and versatility as a songwriter will doubtlessly land this album on many DJ playlists once the clubs open back up.