London After Midnight have announced the re-release of their 1991 debut album, ‘Selected Scenes from the End of the World’. Their debut has been given the complete remixing treatment from the original master tapes and include unreleased bonus material and a never-before-heard recording from the original 1991 sessions. 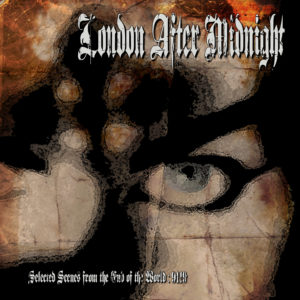 The re-release titled ‘Selected Scenes from the End of the World: 9119’ will feature the long out of print original cover art from the first German CD release in 1995, and will include numerous previously unseen photos, along with personal notes and commentary from Sean Brennan.

“I always wanted to remix the album because the first mix was so flawed; muddy sounding, buried in audio effects, missing audio elements, there were numerous problems that I’m now able to correct. In 1991 I was limited by an insufficient budget, problems during the recording sessions, and time constraints. So the original mix never showcased the songs as I knew was possible. This new mix is clear and clean, missing audio elements have been restored, and the album was painstakingly reconstructed and mixed as it should have originally sounded in 1991”.

The new mix is crystal clear, punchy and brings new life to an old classic. Mix engineer David Lawrie, “There were some fundamental issues with the original recordings. Whilst it is impressive that such a youthful band could record an album of this standard, “Selected Scenes… was an excellent candidate for restoration. I am honoured to have been a part of this project. Mixing a previously released album from scratch is a rare experience for mix engineers!”

‘Selected Scenes from the End of the World: 9119’ is out December 13th on Darkride Records on digital, CD, and double vinyl.