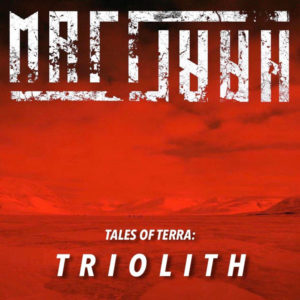 UK industrialist Matt Hart has announced his new single ‘Triolith’. It’s a follow up to his well received recent album ‘Terra 3808’. Matt Hart is expanding on this world and the narrative within: “After the events of 3808 we find humanity on its last legs. A world controlled by the machine. The Outlaws are hunkered down in a bunker only leaving to engage in reconnaissance missions. One of which ends in many casualties. What they find is a huge three tower structure – the TRIOLITH – in construction. What it’s for is unclear. Here begins the ‘Tales of Terra’. Stories from a post 3808 world.”

TRIOLITH begins a series of single releases under the banner of ‘Tales of Terra’. It’s been mixed by Adi Calef (DNA Studio) and mastered by Addz Milner. It is accompanied by a remix of track REQUIEM, by Xavier Swafford of 3TEETH. Also available with this release will be previously released (as Bandcamp exclusives) remixes of tracks from the Chaos Rising trilogy by NitroNoise, Mxd_Bld, Monomorte, Witch of the Vale and Metalogue.