American experimental rock composer, musician and guitarist Rafiq Bhatia is releasing his new EP “Standards VOL. 1” on 31 January 2020 on Anti-Records. The EP transforms cornerstone works by Duke Ellington, Ornette Coleman and Ewan MacColl into immersive, otherworldly realms of sound that are uniquely Rafiq Bhatia. Working with several renowned jazz musicians including the three time Grammy Award winning vocalist Cécile McLorin Salvant, Bhatia implements dreamlike and sometimes volatile electronic techniques to recast classic repertoire as a window into the darkness underlying ordinary American life. The EP is a deeply personal and decidedly un-standard record that will have its listeners thinking about the possibilities of jazz in an entirely new way. 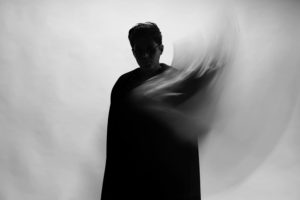 Bhatia’s relationship with the EP’s pianist and primary accomplice, Chris Pattishall stretches back to their high school years in North Carolina. While Bhatia’s path took him progressively further from the epicentre of jazz, Pattishall studied with titans of the tradition and went on to become one of Wynton Marsalis’ favourite young pianists. Yet the pair’s enduring friendship, including overlapping interests in sound and surrealism, afforded each the chance to see music from the other’s perspective. Bhatia and Pattishall’s creative partnership makes perfect sense when you consider the pair’s shared love of David Lynch, and ‘Twin Peaks’ in particular.

Cecile McLorin Salvant has also hinted at how jazz can reflect our complicated history in her own performances, which often include deadpan readings of problematic songs that were socially acceptable back in the day. She is also a Twin Peaks fan, a fact that creeps into Bhatia’s vapour-trailed version of ‘The First Time Ever I Saw Your Face’.

It could therefore be argued that ‘Standards Vol. 1’ is actually an electronic album, with its processes and sonics perhaps having more in common with producer-led efforts such as Ben Frost’s ‘By The Throat’ or Flying Lotus’ ‘Cosmogramma’ than with jazz from any era. Bhatia is credited as a sound designer, arranger and programmer throughout, while his guitar appears for less than a minute. Yet this is music that could only be the product of a deep relationship to jazz, stemming from years of love, listening, study and apprenticeship. Duke Ellington’s prominence is also no accident, with the EP presenting a version of jazz once again propelled by the possibilities of orchestration, where an artist’s voice has gradually exploded into an entire world of sound.

Rafiq Bhatia will be performing live in London on 3rd April 2020 at Queen Elisabeth Hall with Daniel Avery and Caroline Shaw.