Industrial/electronic duo SKYND is back with a brand-new video for their song “Tyler Hadley”, from their recently released Chapter II EP. This makes the second video released for this EP, the first being for their track “Jim Jones”. 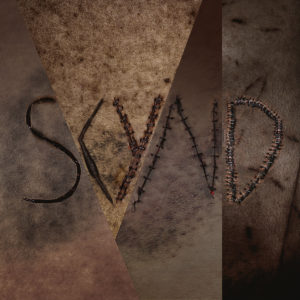 Following the uniquely unsettling theme of their songs so far, all centered around famous murderers and serial killers, “Tyler Hadley” tells the story of a boy who killed his parents so he could throw a party at home. Vocalist Skynd says about the song’s subject that “he developed the idea to kill his parents so he didn’t have to ask for permission anymore. He ended up having a party in the house that dead bodies were in, so it’s really creepy.”

Father, the other half of the duo and producer for the band, speaks of the video’s visuals by saying that “we don’t create — we document. We don’t see ourselves as artists, but as craftsmen and we are getting better and better at it. Chapter II is the current state of our abilities.”

SKYND’s music delves into the psyche of the men and women behind some of history’s most baffling and brutal crimes and channels that energy into their art, gathering inspiration from the thoughts and actions of people who now spark terror among laymen. Behind their gruesome visuals and dark music lies a sobering warning, Skynd states. “All human beings are capable of cruelty,” she says. “We have to keep the inner animal in check. We’re here to provide a different perspective on the psyche to maybe answer some questions.”

The video for “Tyler Hadley” makes its debut right here. You can also watch the previously released video for “Jim Jones” here, and if you like what you hear, keep an eye on the band’s website and Facebook page for more.