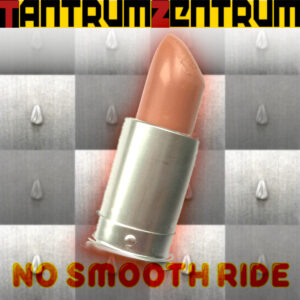 Tantrumzentrum released the first in a series of krautrock and post-punk inspired singles. Drawing inspiration from both the 70s krautrock scene (specifically Neu! and the early Kraftwerk) and the New York’s nowave movement (GlennBranca and Theoretical Girls), spiced with more recent influences such as Horrid Red, DAF, Sonic Youth and Stereolab, Sabine and Vaat wrote a number of songs that express their love for those genres.

In the first single, titled “No Smooth Ride”, they explore the idea that understanding the lyrics doesn’t always matter by recycling an old Yugoslav folk song about marital infidelity and turning it into an energetic post-punk tune. Vaat explains: “When I was growing up in the former Yugoslavia, I listened to a lot of ‘western’ bands who sang in English, German, French, etc. and didn’t really understand any of the lyrics. So, I focused on the music and what it communicated, while the voice became just another instrument in the mix. Even now, having lived in English-speaking countries for over 25 years, lyrics are not that important to me – ‘music’ is the whole message.”

Listen to “No Smooth Ride” here.