After a constant stream of albums, EPs, remixes, singles and tours over the last 8 years, Ventenner have announced their fourth studio album Hollow Storm. Ventenner have constantly maneuvered between electronica, metal, rock and alternative while managing to keep their trademark sound at the forefront. 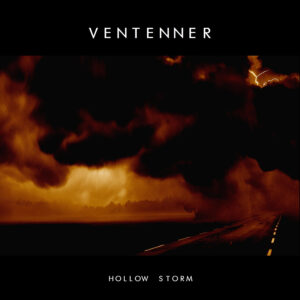 Charlie Dawe explains: “We always wanted to write everything at once. Never allowing ourselves to be restricted, but mostly for the reason that I don’t think we can fully express ourselves any other way.”

Hollow Storm is a vastly layered album; it’s Ventenner’s most ambitious undertaking to date. The album is unexpected in it’s approach and is darker and heavier than anything we’ve heard from them so far. Charlie continues: “This is a very unexpected album in many ways. For the listener, but also for us. The way it came out was almost a surprise. There was so much experimentation involved, but somehow it all came together in an incredibly cohesive way. Our approach to everything was different. We challenged every possible outcome. From the lyrical themes and structures, to the sounds and instruments used and the performance of each song.”

Hollow Storm will be released on digital platforms and CD November 6th on Syndicol Music. Vinyl pre-orders can be purchased here.