TX based alternative electronic artist Curse Mackey will be touring as support for iconic, electronic rock artists My Life With The Thrill Kill Kult.

After a well-received west coast tour, Mackey will be hitting the road on the East Coast leg of the Strange Affairs Tour with My Life With The Thrill Kill Kult. The tour starts on October 18th In Detroit, MI and Mackey will support TKK up to their Atlanta show on November 5th at which point Mackey will return to Texas for a November 8th performance at Levitation Fest where Mackey will be playing with David J (Bauhaus, Love & Rockets), SINE and Rose Garden Funeral Party. Mackey will kick off his fall tour schedule with an opening night performance at Chicago’s esteemed Cold Waves Festival at Metro Chicago on Sept 19 followed by a Cold Waves Event in Baltimore on Sept 21.

After his Levitation Fest performance, Mackey will head to Chicago to resume his notable participation in PIGFACE for the legendary industrial supergroup’s first tour in a decade. Mackey will perform at all Pigface tour dates except Dallas and New Orleans. 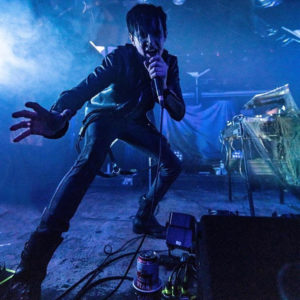