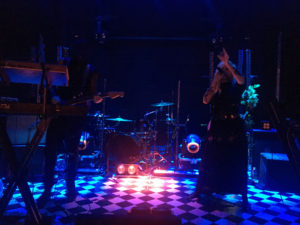 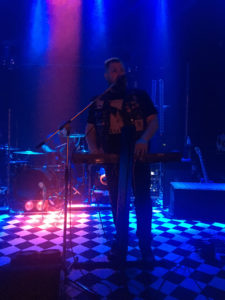 The 80s influence continued with Glass Apple Bonzai, the solo project of Toronto-based Daniel Belasco, who brought us uplifting anthems wrapped in signature analog synthpop warmth, with an appearance by Striplicker drummer Devin Nixon. His heartfelt synthpop hit “Holy War” (which can be found on Bandcamp) brought to mind the epic sounds of Simple Minds. 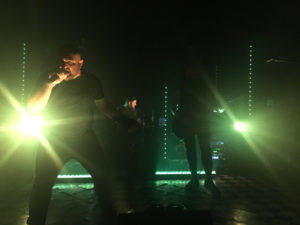 Next up were heavy hitters Striplicker, the San Francisco-based industrial metal trio. Their brutal blend of machine-based metal brought us crashing down from the 80s nostalgia trip, but it was nice to see some diversity in the lineup for the show and if you’re a fan of bands like Hate Dept and 16Volt, you’ll dig these guys.

Amidst a swirl of fog and strobe lights, Grendel started their set with the deceptively mellow piano-driven “Ascension” off their latest release Ascending The Abyss before tearing into “Hex It” and building us up with frenetic energy. The techno 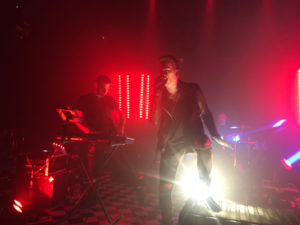 and synthpop influences of new singles like “Glass Under Feet” and “Brace The Storm” provided a nice contrast with the old school classics “Chemicals and Circuitry” and “Severed Nations.” There was even a cameo by Sara Taylor of Youth Code for a memorably brutal rendition of “Harsh Generation” off the 2007 release, a must-have for current industrial and EBM fans. “Caught In The Middle” showcased keyboardist Neal Reed’s extreme yet tasteful style as he combined lush riffs with acrobatics and frontman JD Tucker delivered powerful, soulful vocals supported by solid guitar and massive drums, courtesy of Erik Gustafson and Ben Tourkantonis. Whether you got into Grendel back in the day when the vocals were processed and the tech was as ago as it gets, or you jumped on for their cleaner, updated synthpop image, the energy of the night brought both eras together for an exciting and memorable show. 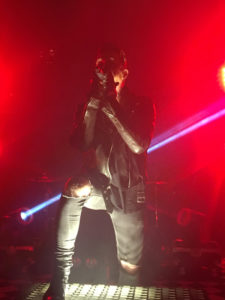 https://infactedrecordings.bandcamp.com/album/ascending-the-abyss: get the new Grendel album, Ascending The Abyss