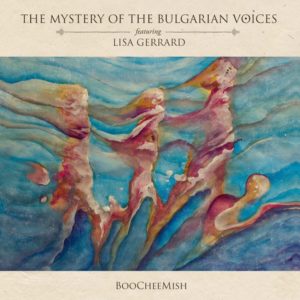 The Mystery Of The Bulgarian Voices released their first album of new studio recordings in over two decades in 2018. Better known to many as Le Mystère des Voix Bulgares, ‘BooCheeMish’ saw the esteemed Bulgarian choir performing together with erstwhile 4AD Records label mate Lisa Gerrard on several tracks, thereby uniting two of the most distinctive vocal acts working in music.

The choir and Lisa are combining again to play a special one-off show at the Queen Elizabeth Hall in London on 7th June.

‘Le Mystere des Voix Bulgares’ was a compilation album of modern arrangements of Bulgarian folk songs featuring the Bulgarian State Radio & Television Female Vocal Choir. However, like much music from outside the traditional Western rock-pop world, it had largely been forgotten until, over a decade later, it was reissued by 4AD and it reached a brand new audience. A second volume was released on 4AD in 1988 and went on to win a Grammy for Best Traditional Folk Recording.

Tickets for the show are available here: https://www.southbankcentre.co.uk/whats-on/135284-mystery-bulgarian-voices-feat-lisa-gerrard-2019