25th Wave-Gotik-Treffen
– Date:
May 13th to 16th, 2016
– Location:
Leipzig, eastern Germany, at about 50 venues spread all over the city; camping site and main venue at the edge of town
at the agra-Messepark, Markkleeberg; for information on the city you may check http://en.wikipedia.org/wiki/Leipzig or
the official city website www.leipzig.de/int/en.
– Websites:
www.wave-gotik-treffen.de/english
www.facebook.com/WaveGotikTreffen
If you are travelling to the WGT for the first time, you can find lots of useful information for planning your trip on:
www.sadgoth.com

– WGT-app:
The useful app WGT-Guide can be downloaded in the app stores of Google Play, iTunes or Amazon.

– Tickets:
4-Day-Tickets for all events within the 25th Wave-Gotik-Treffen Whitsun 2016 are available for 120,- € each in advance
ticket sale (including advance sale charges). The Treffen-Event-Ticket includes free using of public transport (tram,
city-busses, regional trains, suburban trains within the zone 110 of MDV) from May 13th, 8.00 a.m. to May 17th, 12.00
p.m. / noontime (except for special routes).

– Camping:
For camping you need a special ticket called Obsorgekarte available for 25,- € (including advance sale charge). It
provides the following service-package:
• Camping at the Treffen-Campground (agra-fairground)
• “Pfingstbote” (“Whitsun-herald”) – the extensive Treffen program book
– Parking:
For car parking at the Treffen-area you have to purchase a parking vignette for 15,- € (including advance sale charges).
Parking at the Treffen-area (agra-Messepark) is definitely not possible without a parking vignette.
All tickets can be ordered via www.wave-gotik-treffen.com
– Expected number of visitors:
approximately 20,000
– Contact:
Phone: 0049-341-2120862 / Email: info@wave-gotik-treffen.de
– Photos of the last years:
www.wave-gotik-treffen.de/english/photogallery.php

25th anniversary of Wave-Gotik-Treffen: dark-romantic celebrations every year at Whitsun in Leipzig – Germany

Twenty-four years ago, two Gothic people from Leipzig had an unusual idea: They didn’t want to create yet another
dark music festival but rather a supra-regional gathering of like-minded fellows for relaxed meeting, chatting and
celebrating. When the 1st Wave-Gotik-Treffen took place in 1992 at the edge of Leipzig with about 2,000 visitors and just
a handful of bands, it is unlikely that anyone imagined that within a few years the WGT would become the largest
meeting of Gothic people in the world, taking possession of a whole city every year at Whitsun.

Now, the WGT exists a quarter-century…from May 13th to 16th again more than 20,000 Gothics from all over the world are expected to come together again in Leipzig to celebrate the jubilee of Wave-Gotik-Treffen as THE international gathering of the dark family. To start this 25th WGT properly, there will be a grand opening party already on Thursday, May 12th, starting at 8.00 p.m. It will take place at AbenteuerReich Belantis – an amusement park in the south of Leipzig. DJs will be inviting to dance at various locations on the area, among them veterans of the early days of Leipzig’s dark scene like the founders of WGT, Michael Brunner and Sandro Standhaft as DJ-team Moonchild. All fairground rides of the large amusement park can be used until midnight.

All over the city there will be about 200 bands performing, projects and single artists covering the whole wide range of
Gothic music: from Electro-Pop to Goth-Metal, from EBM to Neofolk, from medieval music to Post Punk. Apart from
famous bands of the scene, you are invited for new discoveries with several less-known real underground bands or
artists from the edge of the Gothic music universe. The concerts and events take place at more than 50 venues spread
throughout Leipzig, for instance in the vaults of the Moritzbastei, in the splendid neo-antique cupola hall of the
Volkspalast, and in the green round of the open-air Parkbühne, as well as in large concert halls. The WGT program will
also include beautiful classical music again, such as operas or choral and chamber music.
From its beginning the Wave-Gotik-Treffen has been much more than a music festival: its guests may step back to the
romantic atmosphere of ancient times at the medieval market place at the Pagan Village (Heidnisches Dorf). We will
present authors reading and unusual theatre; cinematic performances will take place as well as a big live action role
play. People in historic clothing will gather in the park for a Victorian Picnic, accompanied by live chamber music. For
four days a large hall at the agra-Messepark will be transformed into the biggest Gothic-wares marketplace in the world.
In numerous clubs DJs from all over the world will invite you to dance until dawn. There will also be a large fetish party
where entrance is only possible by following a strict voluptuous dress code. A stroll through the winding passages of city
centre of Leipzig with its historical buildings of the Renaissance, Baroque and Jugendstil (Art Nouveau) eras is
especially worthwhile for art and culture lovers: the entrance to several of Leipzig’s museums is free for WGT-guests.
Cheap and entertaining accommodation is available at the huge Treffen camping ground. To enter, you need a special
ticket (called Obsorgekarte) which includes also the extensive WGT-program-book. Public transport in the city is free for
all WGT-guests from Friday morning until noontime Tuesday.
The inhabitants of Leipzig have become familiar with the Treffen over the last two decades – there are no longer any
prejudices and the Gothic guests are very welcome here. The most fascinating aspect of the Wave-Gotik-Treffen is
surely its unique magic atmosphere that covers the whole city. Gothics from all over the world celebrate their gathering
in a peacefully relaxed manner, turning Leipzig into a diverse wave of black. Once a year about twenty thousand
Gothics come home: to the Wave-Gotik-Treffen. 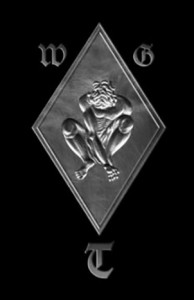 For more information about the confirmed artists, there is a list of their official webpages here:
http://www.wave-gotik-treffen.de/forumwgt3/viewtopic.php?f=3&t=23278
On the WGT website, you can enroll for a newsletter which quickly informs you about the latest program updates.
The complete program and running order is online now at http://www.wave-gotik-treffen.de/english/prog/programm.php