Post-punk is back, and how! But new gods like Editors or Interpol would not exist without certain bands from the past. The Chameleons a perfect example as such, well since 2009 actually ChameleonsVox. During the recent European tour Mark Burgess also was in Kortrijk to prove he still belongs to the top. The man from Manchester did that, and how! 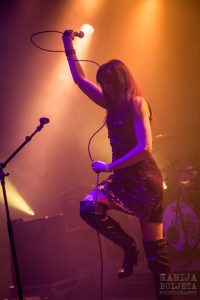 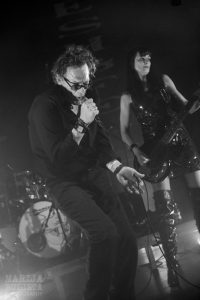 First we saw Flesh & Fell. After all these years Pierre Goudesone, Laurence and Laurent Castelain Stelleman are still around. The Brussels band just released a new single on Out Of Line (Poker Joker), and later this year there also will appear a new CD. It is obvious that this band does not want to reinvent itself, but simply builds further on what they created in the 80s: rock-solid new wave with a strong rock ‘n roll influence. The audience enjoyed the sometimes rough set. Usually the audience is during the support act at the bar, but not in the case of Flesh & Fell: the venue was quite filled!The band did not feel to do a warm-up. 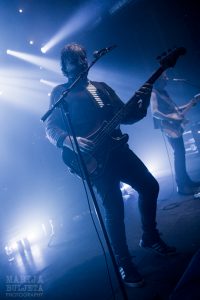 The first track was Don’t Fall. Everything was good: the tight drums of Yves Altana, the perfect guitar sound by Neil Dwerryhouse and Chris Oliver, and of course the always modest, but brilliant Mark Burgess. Immediately the venue went crazy, faces beamed as people heard the voice of an old comrade who helped them in good and bad times. Standing up, falling down, that’s the life of a Chameleons-fan in a nutshell. And no, Mark we never will know what tomorrow brings, except that The Chameleons will always be the best band ever. Not allowed to say such things in a review? Oh, countless music fans ignored them…talking about crimes!

The public was just recovering from the steamroller that Don’t Fall was, and Mark sang the words, I shake my head and shiver. They smile and then stab my back As They shake my hand. Please say welcome to the ghosts and let’s go crazy on Monkeyland. A hero on stage, the master of melancholy.

This madness, this laughter, outward feelings I can’t control, those coloured lights are leading me. It’s in you. It’s in me. You shouldn’t say anything more about Pleasure And Pain, then this. The inner struggle that tears your soul apart, the schizophrenia that ChameleonsVox is: pleasure and pain. 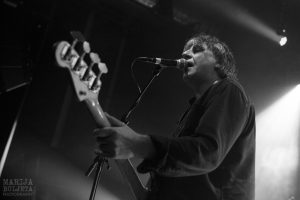 Looking Inwardly went one step further. Technically,speaking this is post-punk, emotionally however, it is music that cuts through your flesh, Marks lyrics are the cartels of the knives that cling on to your skin.

An alarm bell ringing pulled from my sleep by invisible hands the distant sound of a lady singing… Perfume Garden, perfection, this is how music should sound like.Most songs were taken from the first two albums, but there was also room for a brand new track: Dangerous Land on which the Chameleons frontman showed that he is far from the end of his tether. Of course not.

Admittedly, I hoped they played more material of Strange Times (which is indeed that perfect third album), but we only got Mad Jack and Souls In Isolation. Surrounded by fears, too many crowds, too many tears, from too many clowns. What can you add to that, right? 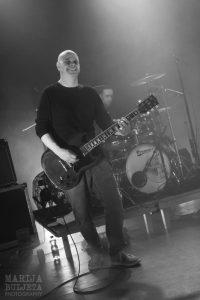 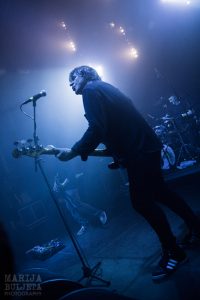 The concert was nearly over, but of course Second Skin had to be played. A fan climbed on the stage and with the appropriate gestures he sang every word of the text. It’s like you fail to make the connection, you know how vital it is or when something slips through your fingers you know how precious it is. Well you reach the point where you know, it’s only your second skin. Mark saw the fan, and his smile said it all : we understand each other, buddy! The gig ended with Singing Rule Britannia: Working class Heroes mean nothing to me , I’m a working class zero , I’m chained to the tree of life. No, Mark, one of the few (living) heroes that count is you!

The band once again returned and Mark’s eyes beamed: no, he is not the superstar he should have been, but tonight the hundreds of fans looked him straight in the eyes with great respect. 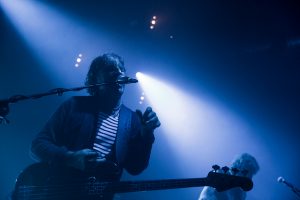 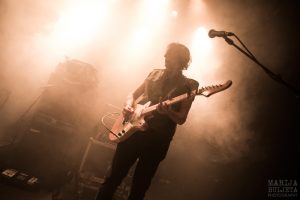 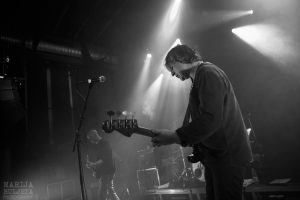 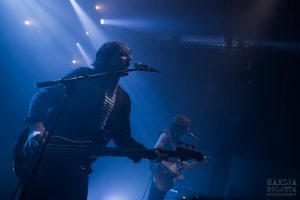 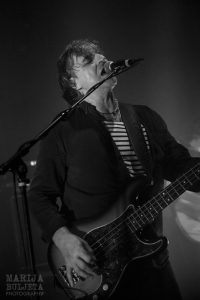 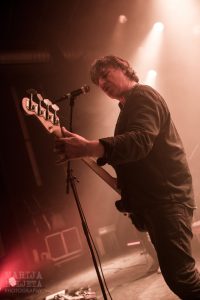 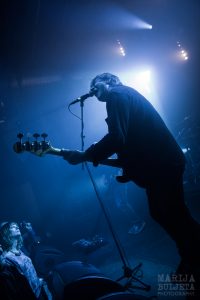 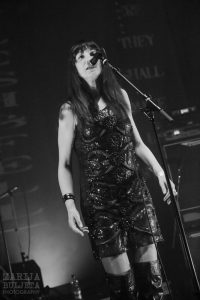 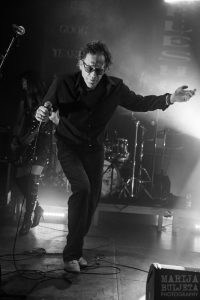 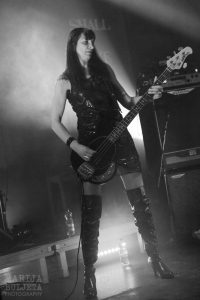 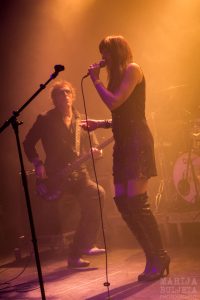