Held on the 5th of March 2016. at Turbinenhalle in Oberhausen, E-tropolis festival gathered very current names of the electro scene on two of its stages. Even though we sadly missed the old veterans of EBM scene, Orange Sector, due to their early timing, we arrived just in time to witness the performance of Assemblage 23 in front of the packed hall. Although we are not quite their fans, we noticed that there are indeed many who are devoted to this band and the atmosphere was quite hot. 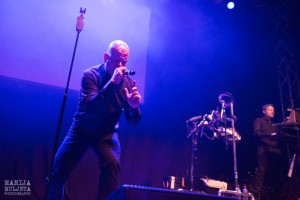 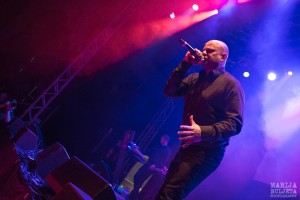 Even though we were eager to see Beborn Beton after their last marvellous album “A Worthy Compensation”, the band just simply did not show enough of anticipated energy on stage, despite great hits as “I believe”, “Last Day on Earth”, “Another World”, “Genauso Wie Ich”. 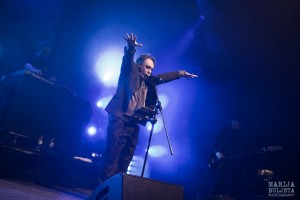 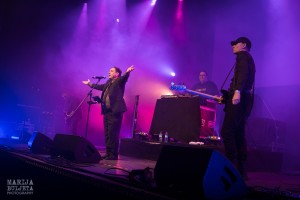 The great surprise of the festival for us were The Cassandra Complex, the industrial electro rock act led by the charismatic frontman Rodney Orpheus who proved to be a real showman as well. They started the show with one of their well-known hits “Nightfall” from their 1990 “Cyberpunx” album, then kept the pace with “Jihad Girl”, “Something Came Over Me”, “Second Shot” and the good show continued.

Harsh techno industrial band Winterkalte gave a solid quality performance, supported by the back stage projections that went really well with their show, evoking associations of the modern man’s alienation in the technologically advanced society we live in. They surely provoked some thoughts 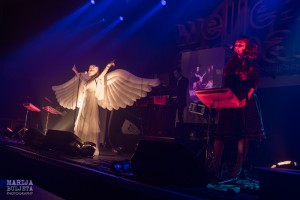 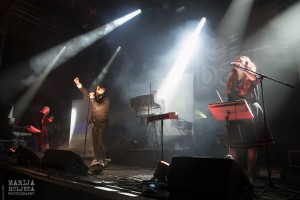 Welle:Erdball, an electro act, made a spectacular show; very eye catching! They attracted a lot of fans keeping up the good vibe among the crowd, not only with their vivid tunes as “1000 Engel” or “Wir Wollen Keine Menschen Sein”, but being as well visually very appealing. They surely kept our interest even though we were on standby for Front Line Assembly. 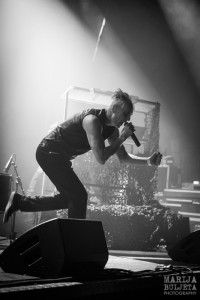 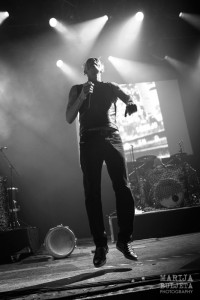 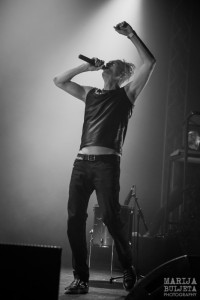 Our main treat of the night were Vancouver electro-industrial pioneers Front Line Assembly. Even though we have seen their live shows numerous times by now, this time we managed to see Rhys Fulber beside the always equally energetic Bill Leeb. The choice for the opening song was a powerful beat track “Final Imapct” from their possibly the best album “Tactical Neural Implant” from 1992. It seemed the band experienced some technical difficulties at the beginning of their show, which were solved pretty quickly so they managed to provide us their electro classics from their 30 years long career: “Resist”, “Plasticity”, “Mindphaser” and all up to their magnificent “Blood” and “Deadend” from their excellent last studio album “Echogenetic”. 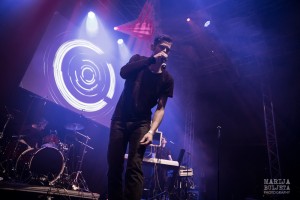 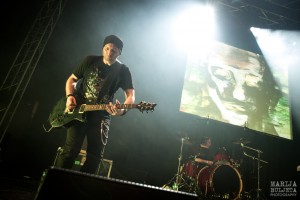 After the frantic atmosphere on Front Line Assembly we moved to the other stage for something a bit different. Future-pop act Diorama was another highlight of the festival and a very pleasant surprise as we have seen the band for the first time. The flawless vocals of Torben Wendt and the overall outstanding performance left the audience stunned and we could not miss the utterly positive atmosphere as the crowd was singing along and went wild when they performed some of their biggest hits as “Exit The Grey” and “Synthesize Me”. The peak of the show, however, was an acoustic version of their phenomenal hit “Advanced”. 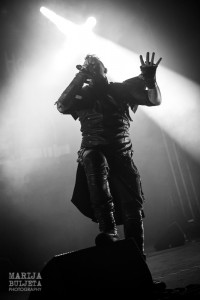 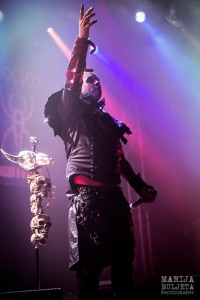 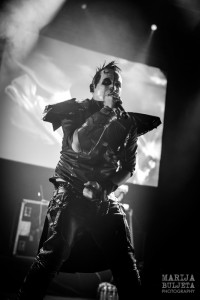 As we were changing stages, we did not miss Hocico of course. Their show started with “I Will Be Murdered” and even though Erk was still not on stage we could see him on the big screen that kept us in anticipation. We were happy they performed some of the “Ofensor” repertoire and our favourites “Sex Sick” and “Heart Attack” but they definitely did not forget to set the crowd on fire with some of their well-known hits as “Bite Me”, “Poltergeist” or “Forgotten Tears”. Even though we have seen Hocico a fair amount of times, somehow we could not escape the impression they gave a bit less of their usual energy, drive, will and determination this time. 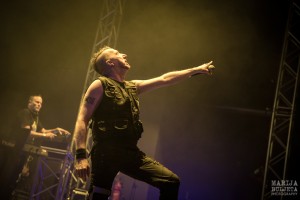 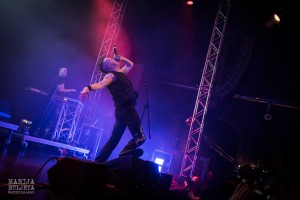 We changed the stage once more not to miss the vintage set from Suicide Commando that we enjoyed greatly, as we treasure their old stuff more. They mainly played songs from their earlier releases such as “Critical Stage” and “Stored Images” where we can clearly hear the minimal electro industrial influence from the legendary The Klinik. We could enjoy “Murder” “Sheer Horror”, “Traumatize”, “Time”, “Save Me” as they gave us a vintage set indeed.

Icing on the cake, as they usually are, were And One, never missing to give a great performance we have already witnessed many times. Sadly we did not stay until the very end, as this running order kept us busy running from one stage to another in order to see all intended, so the fuss left us a bit drained at the end.
We even managed to take a stroll in the rest and merch area, were we took a quick bite and a drink, of course not forgetting to buy some CDs at affordable prices.