In 2005, I bought my first reflex camera. After having experimented some time with it, I took several online and face-to-face courses and photography workshops. I also learned how to use Lightroom for post-processing. 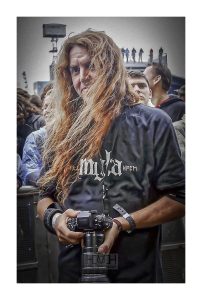 As I am passionate about travelling, there were plenty of opportunities to put into practice what I had learned. Our journeys to Iceland, the United States, Costa Rica, Italy, Kenia, Montenegro, New Zealand and many other destinations, gave me a chance to engage in street, nature and wildlife photography.

I am also a huge fan of metal music. I played in a band and have been attending concerts for more than 30 years. Concert photography was a logical next step, which opened up a new world for me. In 2008, I took my first metal concert pictures in Ghent, Belgium. Soon after that, I started shooting concerts for the magazine Rock Tribune, for example at Alcatraz Metal Fest, Graspop Metal Meeting, Metal Méan, Durbuy fest, Lokerse feesten, Metal Female Voice Fest, Dunk Festival in Belgium and Eindhoven Metal Meeting, Roadburn, Incubate festival and FortaRock in The Netherlands.

In 2017, I was awarded the first prize at the Photo Days Contest in Brussels, Belgium.

In October 2017, some of my pictures were published in “World’s best music photoghraphers vol I”. Let’s say that I try to enhance the bands’ performance by transferring the emotions from music to the image. 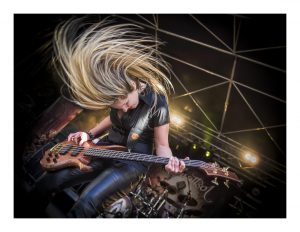 While she was headbanging, I noticed that Birgit’s got very beautiful hair. I turned my camera a bit because I wanted her hair to be in line with the horizon and I also wanted to capture the entire bass guitar. 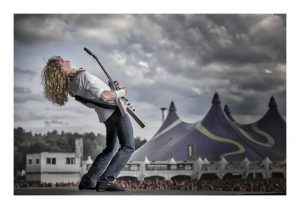 The picture is taken sideways to show Dave Mustaine leaning backwards. It looks as if he’s standing right next to the marquee. The curve of his body is aligned with the menacing, darkening clouds. 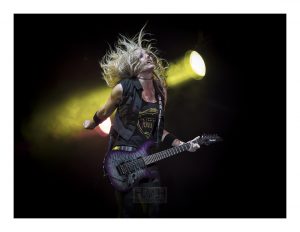 With this portrait, I wanted to express the energy of Alice Cooper’s guitar player, with the yellow light breaking through the black background which created intersecting lines with her body. 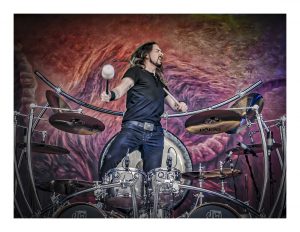 Never forget the drummer! I exploited one of those scarce moments that a drummer emerges in full action. 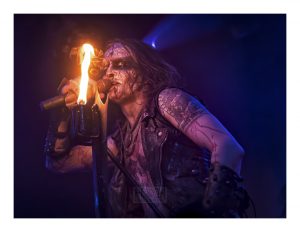 I made use of the flame – the only available light – to portray the singer’s face. 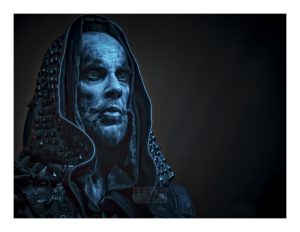 This seems as a studio portrait at first sight, but it is actually a live picture of Nergal. 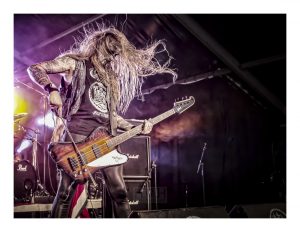 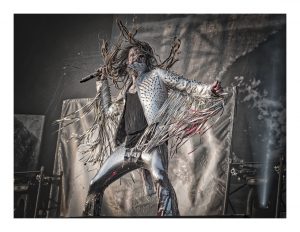 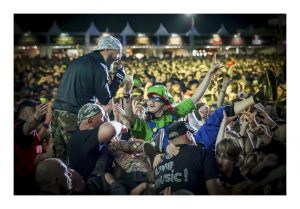 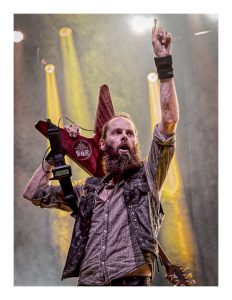 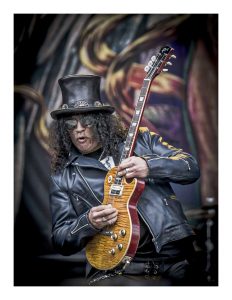 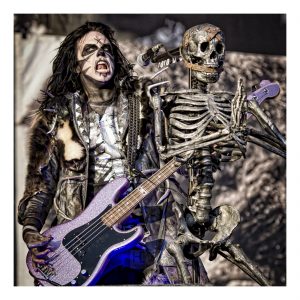 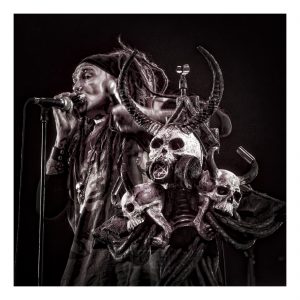 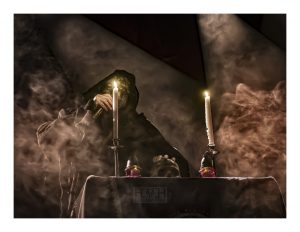 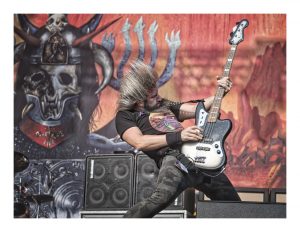 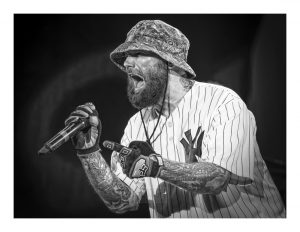 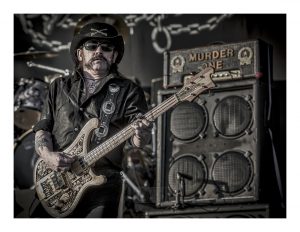 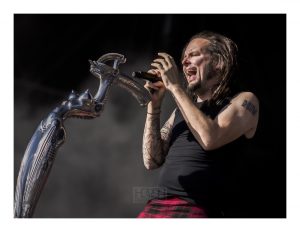 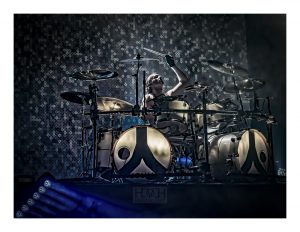 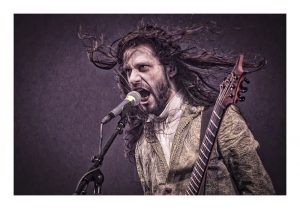 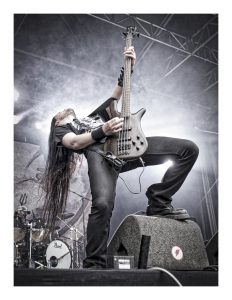 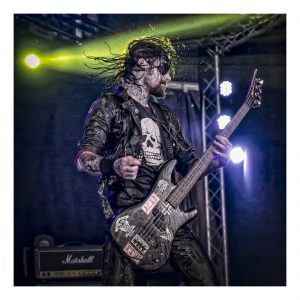