How much does it take to be a Goth? I was talking to someone my age the other day, and that is 39 (no I am not ashamed of my age), I asked the person if she thought Goth was dead. “No”, she replied. But I can’t shake the feeling that I am forever stuck in the past. As everything evolves, so does Goth subculture. There is so little left from traditional Gothic scene, such as big hair, pointy shoes and music.

For the most part of my life I found it really hard to use that label and accept my true self, since I started at 14, looking pretty much as I look today, but it didn’t start with the make up, hair and skirts. It was simply black shirt, black trousers and a pair of Dr Martens boots and discovering music. At the age of 13 it started with The Cure and then came Dead Can Dance. I found a group of friends, we exchanged music, we looked the same, we could talk for hours, we joined bands and hands, and most important hearts and minds for what we were feeling. Our true selves were merged in something we strongly felt was our identity. We didn’t have much, we were taking our grandmothers’ dresses and making them fit us somehow, there were no computers, no internet, no mobile phones, and yet the music found us anyway.
So how did it evolve from “Goth equals music and art” to “Goth equals visual appearance”?
Today I witness so many people identifying with Goth subculture, but unable to name a single band related to Gothic music genres, yet they are happy to spend their time at festivals, without attending a single show. It seems to me the importance of belonging to that subculture comes down to wearing the most elaborate costume, the biggest head piece that looks more like Eiffel Tower and just being noticed. I agree, visual presentation is a big part of belonging to any subculture and fashion does matter, but there’s more to being Goth. It is a complete lifestyle, a culture that includes music, visual art and literature as well. As being an artist myself I chose to speak to two of my fellow artists friends, two different generations, but something in common. Embracing the Goth subculture to the fullest, my friends agreed to give me the answers to some questions that I, as another “Goth” and artist am curious to find out about. 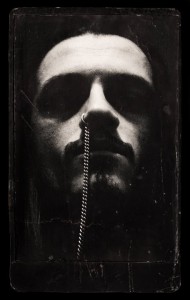 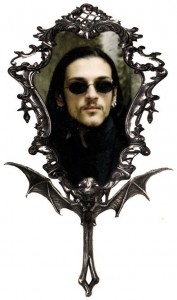 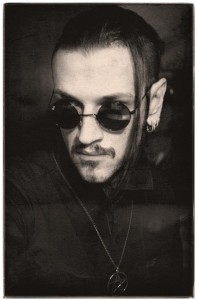 1. So Christian, how much can you identify with a part of Goth subculture?

2. What does “Goth” mean to you in terms of music, visual and lifestyle in general?

Goth subculture is not a simple subject. One has to take into consideration the historical background, both style and literature, the 80s post punk movement that could be easily translated as “true Goth”, alongside the fashion style influence on global grounds.
I perceive it as a true underground music movement spiced with gloomy aesthetics, defying and questioning social norms.

3. When did you discover the subculture and how did you think it influenced your life?

Quite early. My older sister loved new wave and punk, and as a child I found fascination in gothic horror aesthetics. To me, it’s an endless source of inspiration and beauty.

4. As you are an artist yourself, can you relate your passion for Gothic subculture to your painting?

Not so much. I try not to force or limit my means of expression. In the end I think an artist can only be recognized through style, but cannot produce it on purpose. 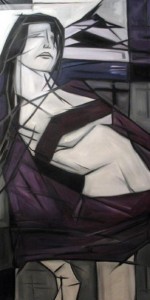 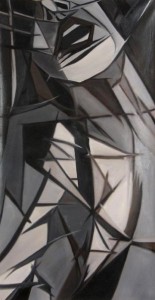 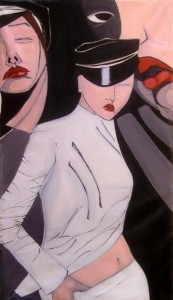 5. What do you consider the most significant part of the subculture?

The blend of early gothic literature with post-punk avant-garde.

6. When it comes to music, can you name some of your favourite bands who influenced you the most?

Bauhaus, Siouxsie and the Banshees, Einstürzende Neubauten, Death In June, The Moon lay hidden beneath a Cloud … 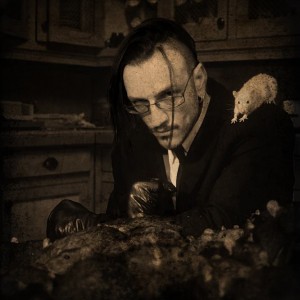 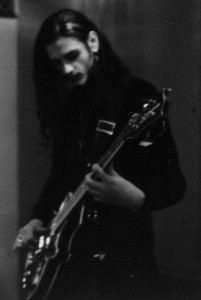 7. Since you discovered the scene when very young, how much do you think the Gothic scene changed over the years (not to say decades) and what is your perception of the Goth subculture today?

Must admit I’m quite satisfied and optimistic about the further development of the genre. On the other hand consumerism has caused the global cultural crisis. 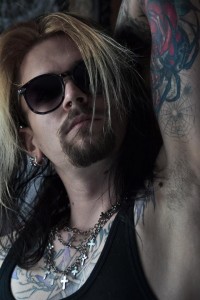 1. Nik, you have also been a part of the Gothic subculture for quite a while, so would you ever agree with the statement “I’m a Goth”?

At the beginning of everything subcultural, in the highschool time, I didn’t like to use that phrase. It sounded quite silly being put in a box, but now I take it as just a description for people who have darker lifestyle. So yes, I accepted the statement “I am Goth” purely because it describes me as a person, but I do take it to a much deeper level.

2. As you are a passionate photographer, how much do you turn for inspiration to the world of Gothic?

Starting photography was quite normal for me because my father used to do it. My camera just fitted in my hands, and I did always like to create creepier photoshoots. After some time I grew out of direct horror into a more elegant style but still with that little dark twist you could see only if you looked close enough. I don’t google “goth shoots” for inspiration as I would rather read some comics and get a nice boost from there – brush strokes, dark tones, gloomy atmosphere… so basicly, the style is talking to me everyday, inspiring to go further. 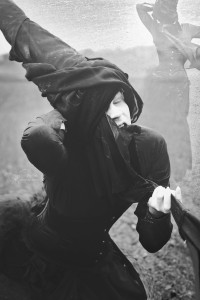 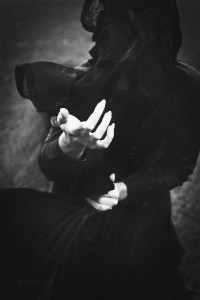 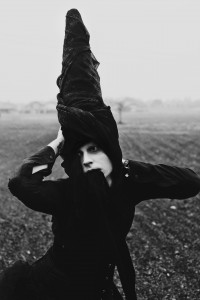 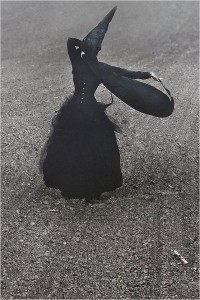 3. Why did you feel drawn to choose Gothic lifestyle? Music, visual appearance or something else?

Atmosphere – that is everything. It’s in the music, in visual apperance, in any kind of art… listen to a Forest, from The Cure, and close your eyes. do you feel the rush of emotions, your inner being just wanting to explode. I see a dark club, stroboscope playing hard, fog rushing out of the machine, I can smell the cheap beer and sweat in the air…but still, you are in an abandoned castle, dancing under a candelebra, with bats flying around on the high celing. 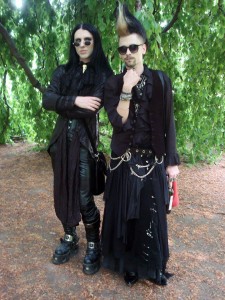 4. You are a frequent visitor at many events, concerts and festivals. What is your general feel about those happenings, music being played in the clubs, line ups on festivals and general crowd?

I like concerts, but I’d rather go home after a show. Especially if there isn’t something promising coming after it, like a decent DJ or a great crowd. Festivals and other events are more than welcome, but I do see the mainstream in it and currently, I don’t care. I wish the subculture would be even more exposed to the public. Considering the music playing in the clubs, I wish there would be more different DJs, who would give more exposure to different artists and not sticking to the same kind. There is so much great music that has that Goth feel to it, from the 50s, 60s, 70s, and 80s, through to today. It’s crazy how people don’t want to expand their point of view. The festivals… except I see the same names on each bigger venue, I can only say “shut up and sw*llow*” because they are here today, and will be gone tomorrow. 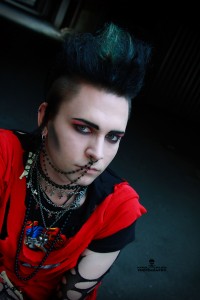 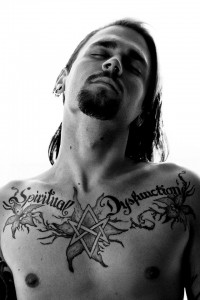 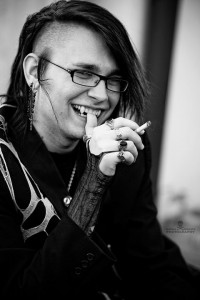 5. How much is your own visual appearance important to you?

Because I see it as an expansion of my identity, I cherish it and can’t imagine living life in colour – that’s just mind boggling to me.

Ugh… being born in the 80s I’ve missed the best part of the scene – for sure. But when I was starting, it was much more goth rock than anything else, and after just a year or two it all went cyber. I didn’t agree with that, but today, when I see a cyber kid I do sparkle up! It’s GREAT that people are interested in cooky crazy styles, whilst being also drawn to the dark itself. Today, people don’t care. They come in black. Period. Of course there are some who rock their personal style, and I applaud them – having good or bad style, but it’s personal style! I must say, the subculture brought me a lot of things, but first and foremost, the tolerance. I wouldn’t say that five or six years ago, for sure.

7. Do you think there are enough of publications and online places for Goths to inform themselves on the topics they are interested in?

More or less yes. It’s “google everything you want to know” and I think it will stay like that for a long period of time. Private blogs, vlogs, and such help a lot in todays time. Private writing is so much better than some text published on some posh-site, people can connect to it much easier.