What to say about these alternative rock giants with only four album releases? After the first two, the band was already a legend, since those first two added so much to the meaning of the term “alternative rock”. There is so much rock, so much power and so much truth in their first two releases. The world is seen through the eyes and sung about by the voice of the Californian surfer junkie. 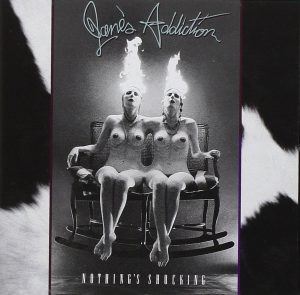 Perry Farrell was the driving force behind this legendary band and it seemed waves or some other “stuff” did not break, but opened his mind; just like gazing into the vast ocean should. And as riding the waves, Farrell was riding his art.

Nothing’s Shocking was released in 1988, but was there really nothing shocking about it?

While the guys worked together to shape the album musically, Perry created the cover art that features a sculpture of a pair of nude female conjoined twins with the help of his then girlfriend and muse Casey Niccoli, who was in fact the model for the sculpture. The album was refused by many of the leading record store chains and had to be issued covered with brown paper. No less controversial was their video for “Mountain Song” with scenes containing nudity and thus refused to be aired by MTV.

But even at the very beginning Perry said: “Wish I was ocean size…”, “No talking, All action…“ and I would summarize their work in these simple lines, as indeed they did become ocean sized. 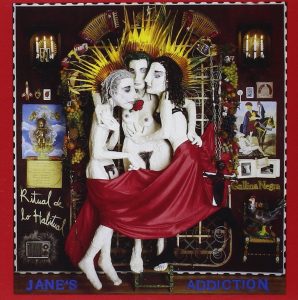 Who really doesn’t know one of the greatest alternative classic albums Ritual de lo habitual? Ocean sized! Is there anyone who has not heard “Been Caught Stealing” or “Stop!”? You at least must have heard them on the radio or in your favourite club on your night out. And is there anyone who has not seen “Been Caught Stealing” video? Again Farrell’s Casey played an important role in the band’s aesthetics as she directed that very video, for which she won an MTV Video Music Award in 1991 for Best Alternative Video. 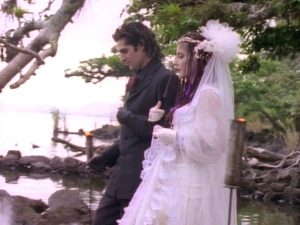 The album contains “Classic Girl” and who do you think Perry wrote that one for? The video shows Farrell and Casey’s Santerian wedding. It features clips from the film Gift, directed by and starring Perry and Casey. If you haven’t still seen the film, go for it! As the band always had more to offer than just that raw and pure energy sound, Perry again made a daring cover artwork. And again they faced the problems with the album’s distribution. So there was also “the clean cover” for the stores who refused to stock the original one.

Casey influenced the band visually even when it came to stage performances, and Farrell and the guys were not a shy bunch. So being half naked, only in tight shorts, stockings or pvc catsuits and corsets…it all fit Perry and that surfer body like a second skin. And the energy produced on the stage really gets to you even while watching them on your screen; makes you really want to explode together with them!

What was always amazing to me is the mix of what almost seems like a mission impossible: such a raw and rock sound combined with Perry’s high pitched voice. But then I guess it was also something that made them Jane’s Addiction.

Just in 2003 JA came back, and for those not so in love with them, it may have skipped their attention, but it didn’t skip mine for sure. The album got some really positive reviews and the fans could immediately re-connect with the new stuff as their originality in music making was preserved and their Strays sounded really a lot like their old stuff. The kick in the… well… you’ll get with the very first song “True Nature”. “Just Because” swings more to that rock than to the alternative side, but “Price I pay”, “Wrong Girl” or “Hypersonic” are so much early Jane’s Addiction and my addiction as well. I really couldn’t care less that some of the critics wanted to isolate this album from their early work, it is very much the band’s “true nature”. 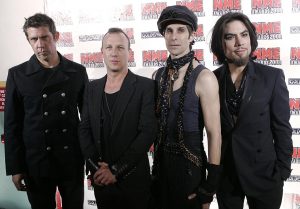 Even though the critics were divided when it came to The Great Escape Artist stating the album had little to do with the JA’s sound, I would have to disagree. This album shows the inevitable progress of those alternative rock dinosaurs since the 80s, and whoever expects the band to sound exactly the same in 1988 and 2011 is simply being ridiculous. There is no progress without sound evolution and the artist can surely not rely on one and one thing alone; but rather experiments and changes. And being a critic is as well not the same as being a successful artist. Yes, there is a new kind of sound present here but not too far from the real Jane’s. The energy is there, only wrapped differently. And there, you can find “The Irresistible Force” of Jane’s Addiction, as the song is indeed a song about Jane’s Addiction. They lead you through the atmospheric soundscapes on this one, and while Perry is singing about the irresistible force paradox, is this not truly a song about Jane’s Addiction? Well it is. Read the lyrics. Maybe some lack a more aggressive note on this release, but as far as I am concerned, the mature version of Jane’s Addiction (who broke the addiction) sounds perfect to me. And if you are nostalgic for the old Jane, start listening to the album backwards. At the very end there is “Words Right Out Of My Mouth” that still clings to the old sound the most and brings you back to where it all started.