We‘ve managed to talk to Andi of Sex Gang Children just before the start of their Jezebel tour. The band has often been labelled as “gothic”, during its long existence it gathered the audience who followed it since the 80s, and with its albums Song and Legend from 1983 and Medea from 1993 it left a mark on that part of the “alternative” scene.

1. Andi, I guess you would disagree with any label attached to the Sex Gang Children’s work. Personally, I believe the art is there for anyone to enjoy and it should not be labelled. But still, let’s talk about the post punk movement; how did it all start in those early years? 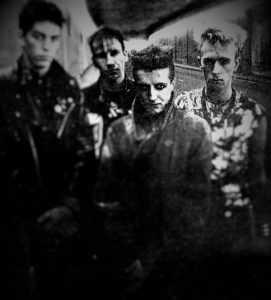 2. You discovered music at a very early age. What are your earliest childhood memories connected to music? What other aspects of art did you appreciate since then?

Andi: My first connection with art was drawing and painting since the age of 3. I had my first exhibition when I was 4, the youngest artist in that particular exhibition. Music came to me a couple of years later. My mother and my eldest brother each had a fabulous collection of records which became a whole new world of discovery for me. Music moved me in a beautiful, magical way. I realised it was a language that was not learned, but experienced from the soul. Film is the other important medium in that triumvirate of audio/visual communication. I love working with film and feel it as natural as painting or music as a tool to communicate. It’s fun and creatively challenging, again, you can make your own rules up as you go along, allowing for spontaneous flow.

3. How was it like in the early stages of SGC? How did the band form? What was the idea that brought you all together?

Andi: Disciplined and focused. I formed the band at the tail end of 1981. The idea was to shake the whole fucking industry out of its complacent skin. So far as I was concerned, we were going to war!

4. Your live album Naked was the first thing you released as SGC, at least to my knowledge. What happened to make that recording possible, how did you decide to do it?

Andi: We had something to say with our music and wanted to get it out there. The idea of a live recording suited well for the first release as this was where we‘re coming from and so we played to our strengths. This was something we could do, no one could take that possibility away from us. The industry had openly declared that it would never sanction us, that we would never get on the radio, or TV, or get gigs. Well, one place did give us shows, and Naked was recorded there. It was our statement of what we could do. It’s all about controlling your own destiny.

5. What has changed for you after the success of “Beasts” in terms of playing live?

Andi: More people, more gigs. Now the major established industry couldn’t stop us playing live, promoters saw money in it and money for them is a more important motivation than fear.

6. Song and Legend reached the top of the UK Indie Chart. Were you ever after the commercial success? How did you feel about that recognition then and how do you feel about it today? Do you feel there were some chances that were missed or you wouldn’t have taken them anyway?

Andi: We made our music and followed it through, no matter where it took us. We wanted the music to have the impact it deserved, no more, no less. I was aware that the music would make an impact because our reasons for making that music were purely and solely about the music. It’s as simple as that. Chances were never really missed in so much as snatched away from us, and opportunities sabotaged. It is a two faced industry, you’ll be hard pressed to find any honour there. 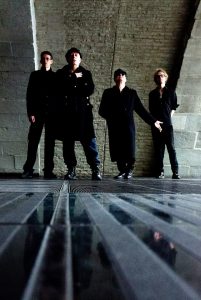 7. By the time Medea was released, the band went through a lot of changes. During one period there was no band at all. Can you tell us what was going on during those years?

Andi: You must be referring to the years I was living in Hollywood and then Wayside County Jail.

8. Over the years, you were busy with your solo work. It was only in 2002 that Sex Gang Children released Bastard Art. Is that the term you would use to describe the SGC art and your art in general?

9. Here we are now, just a decade later, and here is the latest SGC Viva Vigilante album. What took you so long?

Andi: I had released around 11 solo albums during that time, so I was otherwise busy.

10. You recently played at Entremuralhas Festival in Portugal. How was that experience? Warming up for the upcoming UK tour?

Andi: Yes indeed, and it was a good warm up. The festival is fabulous, the castle is amazing, talk about creative atmosphere, it was perfect. It was the first time Rob Stroud, Terry MacLeay and I had played on the same stage together since 1983, so this old castle offered the perfect setting.

11. During your career you have played both as Andi Sex Gang and with SGC. What is the difference, if there is any?

Andi: It’s rather difficult to look at the box from the inside.

12. Jezebel tour starts on 4th October in Dublin and ends on 15th October in Southampton. What can UK expect from you this time?

Andi: As always our strengths and vulnerabilities. Set wise, we will only be playing material from 1982-83, that’s what this tour is all about. 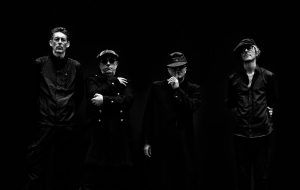 13. You also proudly announced the release of THE COMPLETE SINGLES COLLECTION A & B SIDES from 1982 – 1983. Pre-sale copies will be available for sale on the Jezebel tour and the official release date is 1st November. What will can expect to on that release?

Andi: All the early A & B sides from 1982-83 together for the first time plus an exclusive live studio recording of ‘Death Worship in Eurasia’.

14. What do you consider to be your wisest decision in your music career?

Andi: Obtaining all the copyrights to SGC material.

15. What do you think about freedom of artistic expression and music industry? How well do you think they go together in the same sentence?

Andi: Often they don’t. However, some of the old school major record labels in the 1970’s definitely had a better attitude and one more in keeping with that sentiment. They believed in the music and the artists and helped with their development. Their motivation was more about bringing creative music they believed was important out to the rest of the world. Some years later the majors were run by the accountants who superseded the role of the A & R departments. Hence, it then became just about money and controlling the market place. In my experience, idiots and thieves are not limited to just the major companies. A lot of independents became just as guilty.

16. Any advice to the emerging artists in today’s music business?

Andi: Believe in your art, own your art and be a warrior not a slave.