This month, alternative music legend Chris Connelly and celebrated Scottish vocalist Monica Queen released their collaborative album ‘The Birthday Poems’ via Jnana Records. Two of the brightest musical personalities to emerge from the Scottish music scene, they have united to celebrate the 100th birthday of Orkney-born poet George Mackay Brown. As such, this album is a fictionalized account of the romance between celebrated Scottish poet and author George Mackay Brown and his muse Stella Cartwright, as well as Stella’s friendship with Edinburgh born poet Stanley Roger Green, spanning three decades (from the mid 1950s until Stella’s tragic and untimely death in 1985).

We speak with Chris and Monica following the release of this colossal and historically important album. 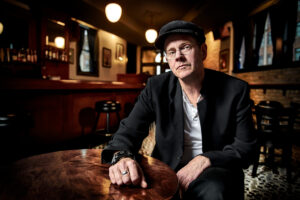 What inspired you to write about the personalities explored on this album? Who are George Mackay Brown and Stella Cartwright to you?

Chris: I read about their story in the book “a clamjamfry of poets” by Stanley Roger Green and it resonated with me. I have a connection to it as well, in that much of it happened in Edinburgh, the same streets I walked, and I was friends with several of the children from that group of artists, unbeknownst to me at the time. In a way I wanted to celebrate the idea of creativity being passed from generation to generation. But I also wanted to celebrate the beauty that Stella’s spirit was, a shining creative force that was basically ignored by many of the men who really just wanted an audience and someone to sleep with.

The expanse between industrial / post-punk music, which you have a huge history with, and this project is quite remarkable. What can you tell us about the Chris Connelly who writes and performs in this particular genre?

Chris: I don’t think it is particularly new to me, it’s certainly a new way of writing in that I have a fixed subject, a story, and a trajectory, so that was really fun. Many authors dabble in different genres of writing, I don’t really think about it, I just do what my gut tells me to 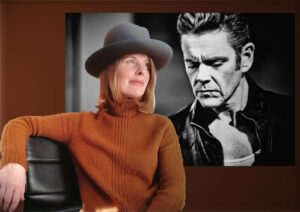 How did you come to work with Monica on this project? Have you known each other for very long?

Chris: No, I did not know her at all, but I certainly knew her voice, I have always loved it, and I really wanted her to be Stella, so I found her and asked!

This album shows more a folk-rock facet of your work than many people are used to. Would you say that folk-rock has influenced you very much?

Chris: I certainly love the folk/rock of artists like Fairport Convention, Pentangle, and many Scottish artists, The Waterboys, etc. but I also adore 70’s Reggae, Jazz, psychedelic, Punk, and prog… total nerd!!! I just go with what feels right. Writing is a bit of a void, I don’t remember writing my songs, they come out of something, some abyss…

What is the biggest compliment you’re received about ‘The Birthday Poems’ album?

Chris: I have received so many, it’s humbling.

Did you play all the instruments yourself on this album? If not, who else was involved?

Chris: Chris Bruce produced it, so I recorded my voice, and the guitar along with keyboards & bass, Chris added keyboards and asked his friends DAVE EGGAR & LEVON HENRY to add strings and sax respectively. Chris also replayed some of my bass and added guitar here and there. 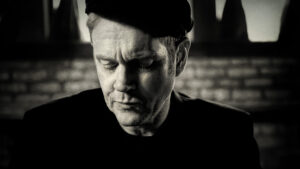 It’s been a long time since anybody has been allowed to play live concerts, but I see you have some live shows coming up in Chicago. Can you tell us about those? Any plans or desire this year to do some shows elsewhere in the USA or perhaps the UK or Europe?

Chris: Probably not this year, but the shows I am playing will be just me, guitar and a keyboard, reading the poems and playing some of the songs as well as a lot of my back catalogue songs. I would love to play the album live with a band & Monica! 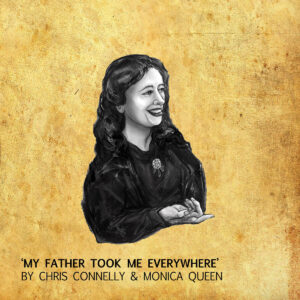 Monica, we have a few questions for you with respect to your new album. How did you and Chris come to work together on this project? Who is Stella Cartwright to you?

Monica: It was during the first lockdown period when Chris contacted me. I got an email from him telling me a bit about the idea he was working on and would I be interested in getting involved. I asked Chris to send his material for consideration. I was very much prepared to decline his invitation and thank him for his interest in me but when a few of his songs came through I knew straight away that this was different. I loved what I heard and counted myself in.

Obviously, I started to look into who was Stella Cartwright only to find that there wasn’t a great deal of evidence out there, therefore didn’t really have a clear picture of this woman except for what Chris already researched for this record. Ultimately, I think Stella was a beautiful soul, whose misfortune had an impact on her own creative leanings. Maybe life lived through the booze and the men limited her outcomes in realizing her own artistic potential.

Can you tell us about your background with Thrum and also Belle and Sebastian?

Monica: Thrum are my rock n roll band. We appeared in the 90s when grunge was at its peak and burned brightly for a while. Recorded our debut album in San Francisco where we met Stuart Murdoch of Belle and Sebastian. Upon returning to Glasgow we got together to record Lazy Line Painter Jane which 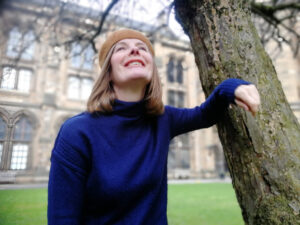 became a fan favorite. I toured with them for a bit performing the song to close the set.

What is your latest project / release and who is involved?

Monica: Douglas McIntyre/Creeping Bent has commissioned an exciting new album of rare postcard tracks, Americana classics and some originals that Johnny Smillie (guitarist/writer/producer) is finishing off with me. It has a lot of soul and some great guitar.

Tell us about the video you created in for ‘My Father Took Me Everywhere’? Where was it filmed?

Monica: The video is a homage to the celebrated Margaret Tait film Palindrome. We were stuck in Coatbridge at the time, but managed to find some locations that mimicked Edinburgh. 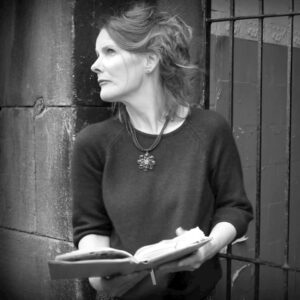 What is your favourite song on this album and why? In the case that Chris sings on that one, what is the favourite track where your vocals appear?

Monica: It’s hard to pick one above the rest as all of the pieces were wonderful to perform and important to George and Stella’s story, but if I had to choose one, it would be ‘A Phantom Marriage’, which both of us sing. The lyrics talk of a longing to be together. A proposal of marriage was made showing a commitment to each other and ready for their relationship to become serious perhaps, but this was not to be. I connect with emotionally the air of sadness that surrounds George and Stella. It’s represented in her calling George’s name out to the end of the song in such a yearning way and of course the melody is so beautiful.

I also love the lowland fulcrum for the Morricone vocals. I always try to squeeze in some Edda Dell’ Orso.

What does Monica Queen have planned for the rest of 2021?

Monica: Well I did have travel plans but Covid is extinguishing them which might leave me more time to concentrate on the various musical projects I have on the burner. Creeping bent album, Tenement and Temple, Thrum and various other bits and bobs.