London-based Singer and Songwriter Anna B Savage has invited us to listen to her debut full-length release A Common Turn, sharing with us her struggles of vulnerability and her need to break free from the turmoil and toxicity found in her personal life.

Beginning the album is the ethereal “A Steady Warmth,” laced with eerie gothic undertones. Savage’s soft vocals lay out a landscape of soothing moodiness, which is revisited in later tracks such as “Bedstuy” and “Hotel” where her pseudo-gothic vibrato complements the cynical lyrical themes. The sense of anticipation and atmosphere is reminiscent of the styles of Eva O and PJ Harvey. 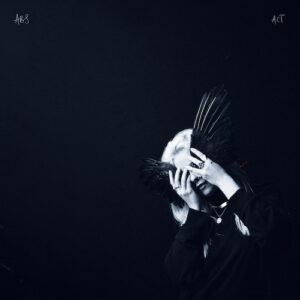 Savage’s balance of vulnerability and unpredictability is strengthened by her ability to adapt genre styles fluidly. “Corncrakes” projects a nostalgia which was last executed to perfection by Nico-era Velvet Underground, blending psychedelia with the tenacity of the acoustic guitar. Creepy yet beautiful with every chord strum, “Dead Pursuits” has a flavor which is similar to a Nick Cave track, yet it projects harmonies notably found in Lana Del Rey’s trademark nihilism. “Baby Grand” is another which combines creepiness and happiness, and the song’s dynamics grow as the vocals takes us down a path of cynicism.

As the album progresses, it becomes clear that Savage’s ability to mix musical styles is very strong, such as in “Two” with its electronic drums and new wave synths. “A Common Tern” is a chaotic post-grunge cacophony, with elements of trip hop dominating through the instrumentals, yet also projecting the tranquil elements of shoegaze.

One song which stands out more than others on this release is the song “Chelsea Hotel #3”. Savage fearlessly uses bold sexual lyrics with humor. The album ends on the acoustic track “One”. It’s a truly beautiful ending to the journey of madness and sadness we’ve been led on. “One” projects self-love with its feel-good undertones, while also containing a sense of cynicism and closure.

In conclusion, A Common Turn has no limits when it comes to blending various genres for a nostalgic effect, wherever that be acoustic, garage, gothic rock, or proto-ppsychedelia. Savage has managed to create a new sound which makes it impossible to pigeonhole her into one category. Through her cathartic ability to speak her mind, this is a listening experience where by the end of the album, we all hope for closure.