Tom Shear, mastermind behind Assemblage 23, talks us through these uncertain times and the creative process behind the making of Mourn.

1. When did you first start working on Mourn, was it before the pandemic and the lockdown?

Tom: Oh yes, definitely. I’m always in a state of collecting song ideas, but the real bulk of the work started in the late summer of 2019. The album was completed in June, so there was about 3 months under the pandemic that I was working on the album. 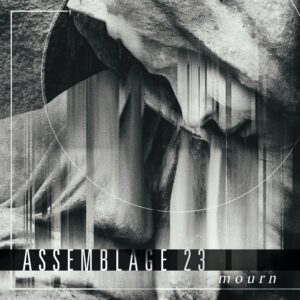 2. How much was this album shaped by the pandemic versus by other concepts and events?

Tom: I mean, the song “Welcome, Apocalypse” was clearly influenced by it. That was one of the last songs I wrote for the album and it was around the time we saw the first instances of people refusing to wear masks. I thought to myself, “maybe we’re too stupid as a species to deserve to survive”. So “Welcome, Apocalypse” was kind of a tongue-in-cheek track saying, “Alright, giant meteor… just come get us.” Aside from that, certainly the pandemic and the restrictions it placed on being able to travel or go out anywhere almost helped in the formation of the album because there was literally nothing else to do but hole up in the studio and work.

3. I imagine the September 11th release date was a deliberate choice. Can you talk more about why you chose this date and the more universal themes of grief and loss for the album? For example the anti-war sentiment of “Factory”?

Tom: It actually wasn’t a deliberate choice other than the fact that it was the first available release date the record label had when I delivered the album to them. I suppose it is a fitting date for an album called “Mourn”, but it’s just a coincidence. 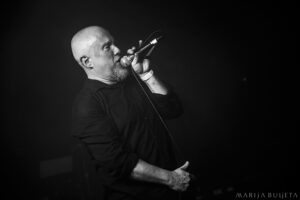 4. Who were some of your musical influences for Mourn? It definitely sounds like classic Assemblage 23 to me but I also hear a little bit of Violator-era Depeche Mode, a little more of an industrial flavor instrumentally, like on “Could’ve” and “Factory.”

Tom: Well, Depeche has obviously been an influence on me my entire career, so that’s not too surprising. It’s hard to say, though, as when I am working on an album, I very rarely listen to other music. My ears are usually pretty shot by the time I’m done working on my new stuff, so I suppose the influences are just the ones that have built up over my entire run as a music fan. Most of them are probably not super obvious. For instance, I wrote the chorus to “Tragedy” the day Ric Ocasek died, so it’s a bit of a tribute to the Cars, although I don’t think it sounds like them. 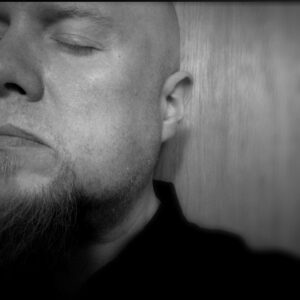 5. “This House Is Empty” really grabbed me because it has such a feeling of catharsis. Can you tell us more about this song?

Tom: I had been living in Seattle for about 20 years. I was at the end of a really bad period of depression. My marriage had fallen apart, and I decided to move back to the east coast again. Part of the process of leaving was preparing the house to move out – cleaning and packing. I had a lot of time to ponder the memories that still lived in that house, some good and some bad. Parts of the house were pretty worn after being lived in for such a long time and it struck me that it was kind of a metaphor for my failed marriage and that the act of closing the door behind me when I left for the last time was kind of like closing the door over that period of my life. And yeah, the refrain of “burn it down” kind of speaks to that sense of catharsis you mentioned. Leaving the past behind you.

6. “Welcome Apocalypse” brought me to tears. While so many artists have written songs about the pandemic, it just paints such a vivid picture of the isolation and uncertainty, the unemployment situation, and everything we’ve all been facing. The chorus is a pretty powerful statement. You can get as political as you want here but I guess I’m curious about the implication that we’ve had this coming for a while and that we brought it on ourselves. (For the record, I agree…) What were your first thoughts when you started writing this particular song? 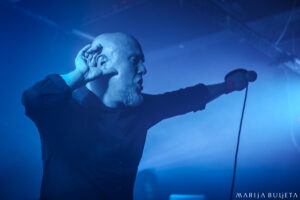 Tom: Where even to begin? I think, in the United States, at least, the pandemic has really shone a light on our worst side. People unwilling to wear an 1/8″ scrap of fabric over their face to protect others because it somehow inconveniences them at a level they aren’t willing to accept. People are so entitled and self-absorbed. It also really shows how politically divided people have become. How on Earth can a virus become a political issue? COVID doesn’t give a shit whether you’re a liberal or a conservative or anything in between. It’ll kill you because that’s what it does. This unfortunately has created an atmosphere in which people reject the advice of experts – people who have literally devoted their entire lives to their fields of study – simply because it doesn’t sync up with what they already believe. It’s madness. So when it comes to that song, it’s less a song about COVID or any other pandemic and more about the virus of willful ignorance. Maybe we’re too stupid to survive as a species and maybe we deserve it for the way we’ve chosen to act.

7. How did the lockdown affect your creation process? 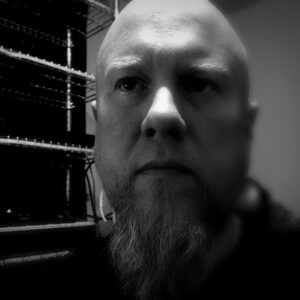 Tom: It was pretty beneficial, I’d say, as weird as that sounds. Strip away all the distractions of the world, and you’ve got nothing else to do but concentrate on writing and recording. And it has the added benefit that when you are focused on something creative, you aren’t as focused on the isolation or all the things you miss about when things were “normal”

8. Obviously the pandemic has had a terrible and far-reaching impact on artists/creatives, freelancers, the service industry. What are your hopes for the future in this “new reality”?

Tom: I’m hoping the live music scene can survive. All of these venues are having to pay rent with zero income. We’ve already seen a lot of long-standing venues in the US shutting down. The promoters themselves are also struggling. So the real question is, what is the landscape even going to look like when things get back to normal? And from a band’s perspective, everyone and their mother is going to want to go on tour the minute live shows become safe. So you’ve got every band wanting to tour in a situation where there are less venues and promoters to work with. How bad that ends up being really depends on how long this thing goes on. I read the other day that some people think there might not be a viable 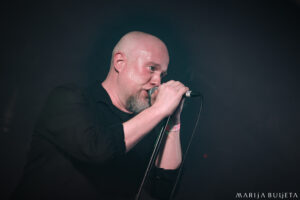 live music scene until 2022. That’s devastating to think about.

On the bright side, I think musicians and fans are both adapting to the current reality as best as they can. Bands are putting on intimate virtual shows. Lots of DJs are doing regular online sets. And the general feeling I get is that people are buying more music than they were, both to support the artists who can’t tour right now, and because they’re bored and need entertainment. I hope some of that carries over after this is all done. It doesn’t have to be all doom and gloom.