BeYond Soul were born at the beginning of 2014 in Catania (Italy) from the idea of Kurten (Guitar), Gordon (Bass) and Lux (Synth).

They began to consolidate the basis of BeYond Soul, intending to rely on claustrophobic sounds that draw heavily from the Goth/New Wave /Post Punk genres, trying to mix them with their own style.

After a few months of working on their music ideas, they met Mark (Vox) , and BeYond Soul began to merge their sound ideas with his, starting a path that will lead them to record some tracks.

In the spring of 2015 they released their first demo E.T.H.E.R.E.A.L, a mini CD with 6 tracks, totally self-produced. E.T.H.E.R.E.A.L is considered a sound experiment, in which the BeYond Soul have enclosed emotions and ethereal sounds that go beyond the patterns.

The demo roused some interest in Italy and especially abroad, in U.K, Germany, Spain, Mexico, Australia, Russia, and France. 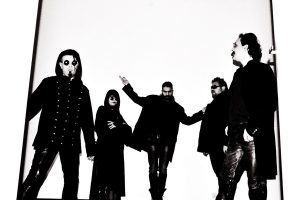 In October, 2015 the Beyond Soul recorded the new studio single “Passion Black Dimension”, working with Morris on drums and after this record Morris officially became a part of the band.

The new single was included on a prestigious compilation of Italian New Wave bands, which offered them a broader reach and recognition. Later on the band was played on some Italian and international Radio stations and they have been included in various Goth/Wave music compilations.

Currently BeYond Soul are working on new songs for their first official album and are in the meantime busy arranging live gigs.

As someone who hears BeYond Soul for the first time, I must admit it made quite an impact on me. I was so pleasantly surprised that Italy brings one more great novice to the scene I felt was recently a bit lost, or limited mostly to some past glorious names of gothic sound. As Italians really are one musically talented nation, this band proves that fact once more. They are experimental, but coherent; they bring something new to what I almost considered a dead genre, but you really need to dig for gems like this, and that is not such an easy task, since the internet is indeed overloaded with new emerging names and releases. 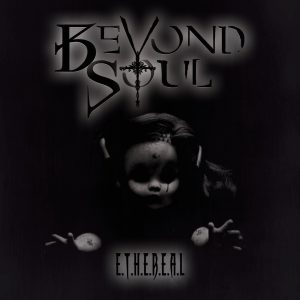 With their first demo E.T.H.E.R.E.A.L they definitely make a strong statement, and even if you are still clinging onto some old names of the genre, you will feel refreshed by their sound and interpretation of what they feel is alternative music. They go a bit more narrow here, as alternative is quite a wide term, and I would label them as gothic rock but at moments quite ethereal. I generally really don’t like comparing bands to some of the genre’s predecessors, so I will skip drawing any parallels here, and rather say I can feel their inspiration relies on some names from the best times of gothic music. They made a hint with the demo release’s name, as some tracks indeed have that feel and surely fall into the concept of ethereal gothic music. And even though I was used to hearing some ethereal goth bands with female vocals, they went for the male one that fits perfectly here. And what I notice about the vocal performance is that it’s not a forced one, but rather natural; this adds to the charm and sincerity in their music making as well.

Pay attention to this name as you can surely expect to hear and see more of these talented people around.