Not only is cEvin Key one of the founders of legendary Vancouver industrial band Skinny Puppy, he’s also a member of Download, Tear Garden, Cyberaktif, and Doubting Thomas. Beyond his extensive involvement with many industrial and electronic acts and his work on horror film soundtracks as Scaremeister, his solo project now spans decades. Resonance is his fifth solo album and is said to be his “most personal.” The ever-prolific master of brap and beats has always created not just albums, but entire listening experiences for all senses, and this one is no exception. It clocks in at just about an hour long, yet somehow when you listen, you often feel like you’ve been listening all evening or for maybe a week…it’s hard to tell.

The opening tracks “Thirteen” and the haunting “Night Flower” (which features Edward Ka-Spel of The Legendary Pink Dots) have a cerebral, organic quality, transporting us to someplace else. In addition to the collaboration with Ka-Spel, who also appears on “Watching You”, the album includes guest artists Chris Corner aka IAMX, breakbeat DJ Otto Von Schirach, sound 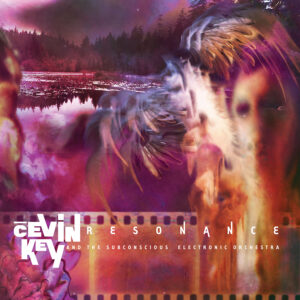 designer Traz Damji, and overtone singer Soriah. The result is a beautifully knit patchwork of genre and mood with layers of sounds and samples. “Anger Is An Acid” suits Corner’s voice perfectly, its clarity enhanced by swelling strings.

Many of the songs are reminiscent of Download’s glitchy, breakbeat sound, such as “Orange Dragonfly” and “Tomahawk,” the latter of which features Damji. It gets gritty with the brapped-out “Kullakan” and its distorted rhythms over Soriah’s vocal melodies, and then downright pretty on “Thunderbird,” a dreamy, cinematic instrumental with lush synth pads over a simple piano melody.

Resonance was created as an homage to Vancouver’s Stanley Park, frequented by Skinny Puppy (in fact, it was the “too dark park” they wrote about on the album of the same name) and also known asthe First Nations village site Xwayxway; it was home to numerous tribes including the Squamish, Musqueam, and Tsleil-waututh. True to its theme, there’s a definite sense of place and history throughout this album, as well as a captivating exploration of culture and musical style within its sounds.