The 1995 debut album by electronic quartet CODE, The Architect was released on the Third Mind label just as that company folded, but has often been cited as a cult classic. Its follow-up, Ghost Ship, has certainly been a long time coming but finally arrives after a 25 year journey. 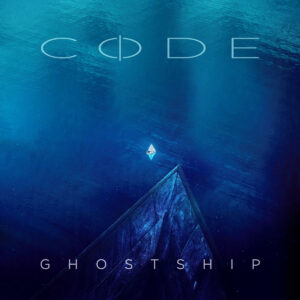 Indeed, despite the fact that most of this material has been mothballed for over two decades, it sounds fresh and exciting. “The original sequencing and arrangement programmes are lost in time and the sampling hardware is no longer available either, so all these tracks are constructed from the stereo mixes. Like salvaged treasure, the original audio was perfectly preserved digitally. The melodic and textural content was already there, it was a question of remaining faithful to the original recordings, editing and layering and in some cases adding new parts.”

The album as a whole just sounds great. It has a really nice sound of 90’s electronica, ambient, breakbeat and techno. Something I haven’t heard in a really long time, and it’s a welcome hit of nostalgia without sounding like it’s just a remade throwback. It actually takes me back to the golden age of video game soundtracks, a forgotten art now (apart from Mick Gordon). “Bourbon Street” is the perfect late night soundtrack to a room illuminated by a computer screen. The soundtrack to Hackers, when Moby was good and a post rave sunrise to Future Sound Of London.

It’s good enough that I’ll be adding it to my downloads immediately, and I hate most things.