I keep discovering new music and it’s funny that my discovery of this group this week coincides with ‘Cult With No Name’ getting airplay on Chris Watt’s ‘In the Moog’ radio show and that he recently had them in the studio. They have such a wonderful, warm sound. The album ‘Mediaburn’ has just come out at the right time. Who wouldn’t want to listen to this fireside favourite when winter closes in? I briefly contacted Erik for some input into the sound and idea of ‘Cult With No Name’ via Twitter. It’s apparent that the personality of the ‘Cult’ is very friendly. 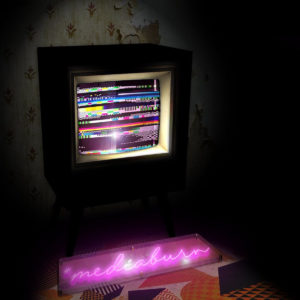 It’s not often you discover an amazing voice. There is such a rare mixture of music entwined together here, from lullabies to jazz to upbeat pop. Upon first listen, at least four tracks flagged up and I knew I was listening to a professional outfit. This group has discovered a kind of magic ingredient. It’s not pretentious; it’s gracefully composed and appears to flow sublimely. I have no doubt this music is complex, but it just floats out from the speakers and wafts around the air space. This album is for any generation, any creed or any taste in music. Erik’s voice is gold. How does he remain so composed? The more I listen to this album it’s like coming home. At first, I felt the ‘Cult’ had a similar sound to Christy Moore & The Beloved, but they undeniably have their own sound. It is becoming confusing; because I am finally hearing the evolvement of real modern music and it is genre-less! ‘Blind Dogs for the Guides’, ‘Low on High’, ‘Mona’ & ‘Button on My Desk’ are the upbeat tracks, lulling you with perfect beats that flow with Erik’s composed voice. He has this amazing ability to keep his tempo even across the more lively tunes. Accompanying Erik on nine of the tracks is Kelli Ali. Her voice is not always noticeable due to it being subtly interlaced, but on tracks where she duets with Erik, ‘In Hollywood You Won’t Find Bel-Air’, ‘Needle and Thread’ & ‘Mona’ for example, we are introduced to the wonderful female vocals that match Erik in perfect harmony and tempo. ‘She Sells Incels’ would not usually be my cup of tea because jazz isn’t my thing, but the way this piece is played, I am so drawn into the saxophone and it’s played exquisitely here, as it is on ‘Low on High’. The saxophonist playing here is Steven Brown. ‘By Air or by Sea’ has that lullaby feel. Beautiful violin strings play blissfully in the background care of Blaine L. Reininger. The whole album is one of the most wonderful things I have heard in many a year. Whatever you do, don’t let this album pass by you without a listen. You will have to trust me, because you will have to listen more than once to see how captivating it becomes.