London based electro pop group Empathy Test are known for their experimentation with electronic repertoires and emotional representation. Since forming in 2013 the group have been turning heads and ears with their bold, somnolent sound, and Monsters doesn’t disappoint.

Their third album brings a darker edge to their music, a sound which shies away from the major and relaxed feel of their previous releases ‘Losing Touch’ and ‘Safe From Harm’.

Oliver Marson’s nostalgic choice of synths effects keep each song individual by allowing the synths to dominate each intro. Songs such as ‘Fear Of Disappearing’ and ‘Incubation Song’ pay tribute to the new wave influences. As well as the keyboards making their staple in each track, Christina Lopez brings attitude and power with her drumming. Live acoustic drums allow each song to project the raw, yet simplistic approach throughout the album. Fusing dance beats with the attitude approach of post punk, songs like ‘Holy Rivers’ and ‘Skin’ reinforce that representation to follow strongly. With the energy that is reflected within these songs, there have been moments where the snare would dominate within the mixing, making it somewhat of a battle to hear Isaac Howlett’s hauntingly melancholic vocal deliveries. 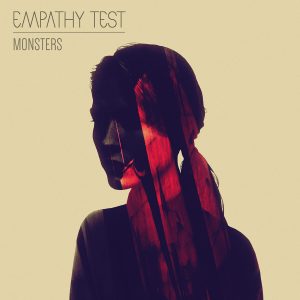 Just like the music, Howlett’s representations throughout this album have been strong; especially in the album’s opening (and self titled) track ‘Monsters’, an upbeat introduction, which primes the listener to a sense of adventure as the chorus echoes and remains with us throughout. The song starts the album with a major and loud approach, then deepens to explore dark, hidden undertones, which we are not accustomed to the group’s traditional style. With the electronics sounding vaguely reminiscent of IAMX’s brooding and sardonic choice of chords, songs like ‘Doubts’ and ‘Empty Handed’ strip back to a simplistic approach. Not only do the synths speak of such melancholy, but both songs share beautifully constructed choruses evocative of the dark wave conventions portrayed in these two tracks.

This blends seamlessly into the next track ‘Making Worlds’ while maintaining a sense of grief from the previous songs. This song represents the most honest representation of emotions on the album, evoking a sense of lost, uncomfortable closure along with a melancholic dance hook reminiscent in structure to a Sixth June song.

The album utilises a clever approach to composition, which Adam Relf has mastered within tracks such as ‘Stop’. Songs’ individual journeys are as mysterious and dysphoric as the overall vibe of the album, with the band’s closing song ‘Love Moves’ reflecting the album’s journey from grief to acceptance. This track is powerful both lyrically and structurally, with the change of key in the chorus allowing us to relate to the hope in the message.

This album opens allowing us to believe that its journey will be as fluent as the groups’ previous releases, only to throw us down the rabbit-hole of the discomforting reality of grief and sorrow, before the middle section lifts to a sense of bargaining with our emotions, finally bringing the listener back to the tranquillity of happiness.

A darker release which will be welcomed to any fans of IAMX and other dark ambient electronic musicians, which play on the balance of required pessimism and hope.