What can I say about hearing this album? I am so enthused to report to you that the start to 2020 has many surprises for us. This album is sublime. It’s full of energy; it’s original and contains so much power. It starts with ‘Dakar’ and its construction is one of my favourite styles. It starts with a lower volume and speckled with female vocals within its intricate intro. Then it booms into life and Fakeba’s vocals accentuate. Midway it lulls and veers into a strange and meandering path that relaxes on the instruments and allows a story to be told with vocals and experimental noises. It’s intriguing and vibrant. Then we find our path and we’re pounding along with the beat again. It’s a strong, emotional journey fuelled with excitement and creativity and it takes courage to make music like this. If you are into your music, you will appreciate this tune. ‘Ndanane’ is mellow and starts with a drifting chant, until the beat picks up and Fakeba is singing with a bright and breezy air. The instrumentation that plays in the background is essential to making a consistent, different and unexpected album, which will present you with noises you haven’t heard before and encouraging the track along at a chilled tempo. You’ll always be reminded of a hint of menace with the steady beats. I would love to understand the language, but this does not affect the understanding of the vocals, because the emotions are still recognised spiritually. This is like hearing the lost music of Leftfield. Then we are swept into the next track ‘Mother Africa’. It’s paced and rhythmic chords sweeping into our consciousness and that lovely soft pounding beat which grows and plays neatly with all the introduced sounds and chants. At its 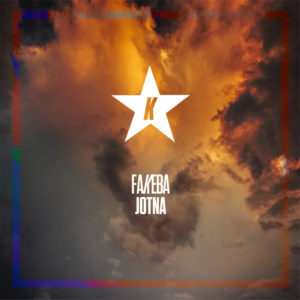 crescendo we flow directly into the sing-a-long chorus, ‘Mother Africa!’ It’s a foot tapping melody and totally uplifting. Then it changes into an area of experimentation that is captivating. It is cleverly done and unexpected, but you are drawn away easily, because Fakeba’s voice is enchanting and dominating. I have to admit I love the way the music is paced and controlled. The song is brought back in line as suddenly as it was diverted, but the track is designed so that you can use your mind to flow with the music. It’s a very colourful, ambitious track with consistent energy. It’s like being bathed with music. ‘Donsoba’ has one of the best introductions of the album. It chugs along deceptively at the front end and builds tempo with weird synth and a crash and then Fakeba pierces the air with her controlled vocals; a soft and persistent chant with power. There is no real way to convey her dominance of vocal with words. I have become spellbound with her magical voice. She honestly has one of the best voices I have heard in a long time. John Fryer is extraordinary with his musical approach and design and the structures to all these pieces are amazing. His synths, his beats and his construction are seamless and used to full effect. You could almost imagine a dual taking place where John tries to rival Fakeba’s vocals with his instruments. I’m sure there was no battle, but for them to extract the best out of each other, I wouldn’t be surprised if they decided to use this approach. ‘Gueth’ starts with heavy layered synth and interspersed with Fakeba ‘sound-bites’ echoing about, introducing the listener to an unworldly place, but as the beat kicks in and Fakeba sings, her voice is full of joy and it’s a comfortable and pleasant journey to settle back and relax to. I’m mostly taken by the positive energy pushed out from this bright track. It flows for a full five minutes before the track changes pace and the instrumentation dives and allows Fakeba to take back full control with her vocals. It’s a moment of acoustic rawness that lasts for around two minutes with John Fryer steering the tune in the background and then we bounce right back into the tune we wandered off from. It’s a spectacular journey surrounded with light. ‘Diable’ is the sixth track and we get our first glimpse of John Fryer’s darkness with slow, heavy crashes and Fakeba’s serious tone. Her voice is in the background, the synth holding the front line and the crashes cascade in. Suddenly lively synths appear and the beats pound and Fakeba steps forward. It’s a mixture of a tribal sound and heavy vocal intent. A very lively, fast paced track for three minutes or so and then a fade out and a return to the beginning, this time slightly more edgy. It’s terrific to know our artists are so confident in the music they wanted to produce and have such a wonderful way of turning the music into something else. We drift into a magical, surreal moment and then the beats and the vocals come rushing back. The final track is called ‘Rave’. It’s very chilled and has an interesting lead and Fakeba harmonises softly as she sings. The tune is very uptempo. I’m expecting a change at some point and by midway the tune changes and we move again into another dimension. I always feel apprehensive to where I am going to be taken, but similarly intrigued. It’s a real mind play and I love music that makes you think as well as tap your foot along to the beat. The ingredients used to produce this album are possibly the finest and most exotic. It’s such a refreshing listen and if listened to correctly will revitalise! It’s one hell of an album full of driving energy. I definitely recommend.