It can be very easy to miss an album or a piece of music in these heady days. There is an abundance of music out there, old and new. That’s why I am a little late writing this review. With styles and genres of music constantly changing, adapting and cross-pollinating it can be difficult to detect the cream. It is a very creative time and yet a very watered down period simultaneously. I have been a big fan of Depeche Mode since 1983 after hearing ‘Everything Counts’ and have followed DM passionately. I had to purchase all their first three albums within weeks. The music resonated with me, probably appealing to my rebellious teenage hormones. Dave Gahan has been an extraordinary character throughout his career and working on solo projects and the lead singer of Soulsavers for two albums suggests he has the ability to commit beyond Depeche Mode. Martin Gore likewise. Hearing he was teaming up with an obscure UK artist on an album was intriguing. The artist in question, Rob Marshall AKA Humanist. I’m unsure how Rob managed to get Dave Gahan, Mark Lanegan, Carl Hancock and many others on board his project, but I guess it all comes down to his musical approach and guitar playing. The debut album is titled Humanist, a usual approach to a debut release. It opens with an intro and all good albums open with an intro. This leads into the song ‘Kingdom’ sung by Mark Lanegan [Queens of the Stone Age] which adds a lovely gravelly edge to a dark, slow paced tune that gradually builds and bursts into a wild, fuzzy thrash. This is a relentless, consistent paced song that continuously sounds menacing whilst Mark’s vocals add a lovely dynamic. The level of contorted madness beyond the centre of the song culminates into a blissful rise of pure adrenaline rush right through to the bitter end. It’s a superb start to the album. Mark is also the guest singing on the following track ‘Beast of the Nation.’ It has lively atmospherics. It’s another stomper with constant pounding bass and Mark’s voice is more hurried with an impatient urgency. The guitars scream in the background. The song is brimming with confidence. ‘Shock Collar’ features Dave Gahan, the reason I discovered this album as mentioned above. Guitars are Rob’s field and understanding that Dave loves working with heavier stringed compositions is most likely why Dave agreed to join Rob on this track. It’s a rock song and guitar kicks the song off with fast drumming. Then Dave’s silky vocals slide in and take command. He sounds like he 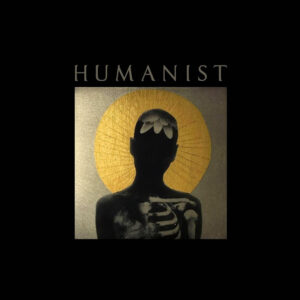 was destined to find himself within this song. The collaboration works perfectly and the lyrics, the vocals and the instruments all warp into a solid, addictive song that stands strong amongst an album with expectations that have probably surpassed the original idea. ‘Lie Down’ features Madman Butterfly. Lovely deep strums encourage and coax the song along. Madman’s voice strangely emulates Dave Gahan’s and the song carries simply through like a musical roller-coaster. The additions of screeching guitars continue to emphasise that Rob is quietly working hard in the background to not get overshadowed by the guests introduced to the project. ‘Ring of Truth’ features Carl Hancock Rux. His voice is certainly different and amazingly so. It’s composed and mystifies. I’ve heard this style before but it’s not that common, only certain singers can really get this right. The background compliments the vocals so well. It’s not your usual constructed rock piece. It’s somewhat gentle but also powerful. Mark Lanegan is back to sing the next track ‘Skull’. Starting a song with a unique sound to prick up your ears is a good trick. It sounds like strange trickling with a weeping guitar. The reintroduction of a gravelly voice after Carl makes a lot of sense in order to break the vocals up. This track works frantically, Mark is on the run again and taking the guitars and drums along with him. It’s a magical effect and midway we get a solo from Rob that really wakes the track up. Getting the song to pick up further pace after this makes you feel alive. This song’s got a wonderful catchy chorus. John Robb introduces us to ‘English Ghosts’. The guitars and back beat set a steady rhythm and John’s voice creeps in just above a whisper. It’s another different style and really goes to show that if you are going to select different singers to your collaborative work, make sure they have something distinct to bring with them. Rob’s guitar work has a moment to shine here. Two minutes in and I have never heard a guitar come to life such as this. Then it fades and John carries on, but we are distinctly aware that the guitar is hovering around, waiting to pounce and it does with stealth. We have to wait a further two minutes and it’s making the strangest of unearthly sounds. It fades again but there is a collective of guitars building and we wait for that tortured guitar to threaten with wrath. Very clever use of this instrument and John rides the storm well. Joel Cadbury guests for the song ‘In my Arms’ and this track is sombre. It’s a calmer affair. Mild guitar strings and a soft, comforting vocal. Until one minute thirty seconds and we are back with drums and guitars, whilst Joel’s soft vocals have to rise. It’s a steady song that has a sunshine feel. ‘When The Lights Go Out’ features Mark Gardener. He adds a little spice to this runaway track. It’s another upbeat song with good rhythm and focus. Mark’s vocals compliment perfectly. Ilse Maria is the only female artist appearing on this album and it’s very refreshing to hear her vocals. She has a haunting quality to her sound. She sings “Truly Too Late.’ I think that she proves a female singer can bring colour to an album and her harmony and her voice enlightens the album at the right point. Rob comes alive and shines as he plays a wonderful introduction to ‘How’re You Holding Up,’ sung by Ron Sexsmith. It seems that the music has slowed since Ilse appeared and calming the songs at this point is a good strategy. This song is like a lullaby; a beautiful, dreamy affair. ‘Mortal Eyes’ launches into something different, maybe the earlier couple of tracks preparing us for what is to come. Carl Hancock Rux & Joel Cadbury join forces vocally and they do a mighty fine job of staying steady with a song constructed so differently. I’m struggling to describe it. A dark bass, a rising vocal and a steady drum kick the song off, then spoken word and then guitar. This song has so many elements of wonder. It’s a very clever track that begs to be heard for its complexity. It just keeps growing and you wonder where it is going. I cannot compare it to anything else I have ever heard. It’s a genius piece of music. ‘Shoot Kill’ is featuring Jim Jones on the penultimate song. It has a mysterious start and is a little unsettling with great vocals that sound close to the Rolling Stones. It comes alive and finds its feet and we get treated to another moment of great guitar work. Mark Lanegan finds himself the final vocalist on this album, long after introducing us to it. ‘Gospel’ could well be a Leonard Cohen song and I am sure Mark could well be attributing to that, if not, I apologise. The song has the perfect title and it is both played and sung with a sound very much like that. It’s filled with passion and strength and the guitar work is phenomenal. It reaches a wonderful crescendo. The album has a very high, professional standard and I understand that Rob is on his way to producing a second album. I hope that he hasn’t set himself too high a benchmark and can continue to produce brilliant pieces of music and work with more of the same talent moving on. I may have discovered inadvertently why the artists wanted to work with him and they made a good choice. They have all supported each other here. Good luck Rob and prosper.