Created in the heart of The Netherlands, Clan of Xymox produced a sound that could have easily fit into the North of England where the whole ‘goth’ sound and culture was born. With a musical career spanning over 35 years they, like many others, have had their ups and downs, but are still going strong and still packing in the crowds in the 21st Century. With a US tour coming up in March 2020, an impressive back-catalogue of outstanding tracks and the new single “She“ released on Valentine’s Day, we caught up with the founder and songwriter Ronny Moorings, to ask him where they were at and where they are heading. 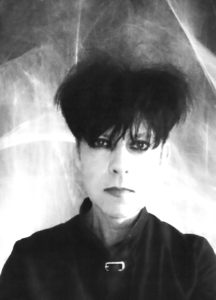 1. Growing up in The Netherlands, what music did you listen to, and what inspired you to start performing music yourself? Where did you find inspiration for your music expression?

Ronny Moorings: As I child the only means of getting to know music was the radio or Top of the Pops later in the 70s. In the Netherlands we had bands like Shocking Blue, Earth and Fire, Focus, the Golden Earring and such, which appealed to me a lot. These were the bands I was interested in. On TV we grew up with the Beatles, the Stones and the Monkees. These bands made me want to play an instrument at a very young age.

The first band I joined was in my hometown where we played covers of the bands we liked. My role was a guitar player. I was the youngest in the band. We actually played shows in local youth centers and even got paid for it. 🙂
Much later, when I finally could buy a four track recorder, my musical life changed completely. A whole new world of composing music opened up for me. The first result was the mini album “Subsequent Pleasures”.

2. What do you consider was your first major musical breakthrough? 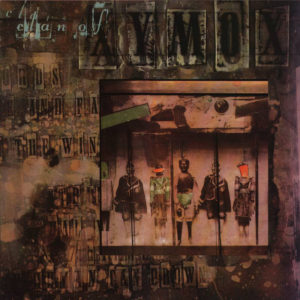 Ronny Moorings: When 4AD offered a record contract. I was trying to get some interest with my earlier demos and even released the EP “Subsequent Pleasures “, but the breakthrough was definitely when 4AD wanted Clan Of Xymox on their label. You can argue that it would be the signing to the major label PolyGram later. That was something all bands wanted to happen to them.

3. Your have been performing music for over 35 years. Has there ever been a time when you wanted to quit and if so, then why?

Ronny Moorings: No, never. The band is so interwoven in my life that quitting music would be the same as having suicidal thoughts. My life revolves around music and I need to write songs to feel whole, so to me music is my life line.

Ronny Moorings: ”Muscoviet Mosquito “, because it was the first real song I wrote. 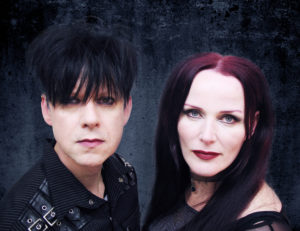 5. What would you say were the highest point and lowest of your career in Clan of Xymox?

Ronny Moorings: The lowest point must have been in retrospect that I lost sense of direction in the early nineties. My taste in music was all over the place, my identity confused and I wanted to shake loose my eighties roots where I was coming from. In the end it was a good learning school; learned to be true to yourself and just follow your heart. It will get you there in the end where you need to be.
The highest point is right here right now, having a new single out, doing what I am doing, making music and feeling inspired. Most would measure their success in chart success or popularity, something material. I feel very fortunate that people still like what I do and come to our shows wherever in the world we are. 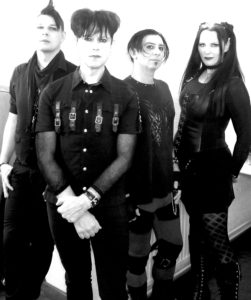 6. Can you give us a brief run-down of the creative process you as a band go through when coming up with a new song? How does the band function regarding the composing, lyric writing, idea sharing and decision making?

Ronny Moorings: I always write, record, mix my songs on my own. This is what I like best. I play all instruments myself and write my own lyrics. I don’t need discussions about any direction, I just follow my instinct and taste.

Ronny Moorings: We mainly play festivals in Europe and not in the USA so far. We tour in the USA on our own strength as a band with support bands we 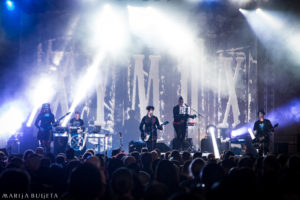 like. The last three tours in the USA we had mainly the Bellwether Syndicate and sometimes Curse Mackey as support.
In Europe you have very big music festivals, big Gothic festivals. You reach a lot of people with one concert. A festival is a bit like the icing on the cake. Normally you’d do a lot of club dates. At a festival, standing on a ginormous stage once in a while elevates it into an almost religious experience.

8. How do you feel about playing festivals compared to solo shows?

Ronny Moorings: Both are needed for a band. With a festival you might reach people who have previously never heard of you and perhaps you can make an impression on them, hoping they will go to your club show and get your records in future.
Club shows are of course more intimate and you play for your own crowd. 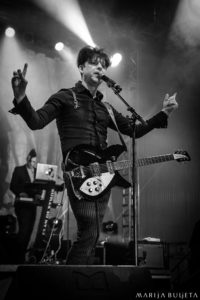 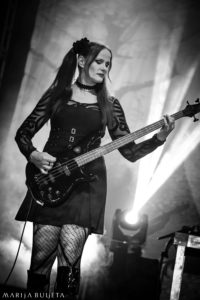 9. You will tour the US in March. Would you say that touring Europe is in any way different to touring the USA? How do you feel about the USA alternative music scene, as opposed to the European one?

Ronny Moorings: Touring as a tour tour, I never really liked. I rather play a few shows and go home again. In the USA they expect you to go on the road for months non stop, which we have done in the past, but I rather do what we do now and that is a maximum period of three weeks. So we keep coming back to the States, dividing it into North, South, East and West. I like it best this way. The benefit is that we stay fresh on the road and can give our best.

10. What is the key to a successful gig in your opinion?

Ronny Moorings: The obvious would be when people ask more, more, more…  🙂

11. How do the live shows and touring experiences affect your artistic drive and creativity? 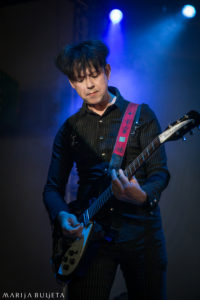 Ronny Moorings: For me they are two separate things. Touring is experiencing the songs you wrote in a live setting. Sometimes it works very well and sometimes you decide it is better not to play a song live. The great thing about playing live is that you get immediate feedback from your fans and you see if a song works live or not.
For writing songs, I need to be in my own environment, without any distractions.

12. What era in the music history do you find most inspiring? What genres and music styles do you personally like?

Ronny Moorings: Each decade has its own vibe, direction, style etc. My definition of music I came clear end of 70s early 80s. Synthesizers were a new thing, combining this with more conventional instruments was what I liked best. So New Wave, New Romantics, Industrial, Synth Pop were my thing back then and is still in my interest zone.

13. I am interested in your selection of covers for Kindred Spirits . What were the criteria for choosing the songs you would cover?

Ronny Moorings: It was a kind of ode to the bands I listened to when I was young and liked to record these songs as a one time thing. Just for fun really.

14. Are there any artists that you would love to collaborate with?

Ronny Moorings: I am at the moment asking bands if they’d like to remix my new tracks. So that is my interpretation of collaborating. I also do a remix or guest vocal once in a while, when I have time. There are a lot of bands I like from the scene these days, so it is easy to think of artists who I’d like to ask. Just keep an eye on the single and new single to come. 😉 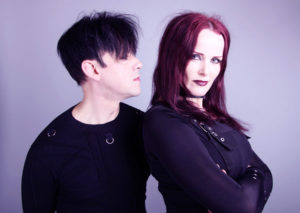 15. During the career, Clan of Xymox changed the line up, location, as well as the record labels. How did those changes influence your work?

Ronny Moorings: It was only beneficial. Each change was a change for the better. For a long time now there’s been stability in record labels and live band members. You can’t control a lot of things in life, they just happen, sometimes for a reason, sometimes all is random.
I have no complaints, I’ve always dealt with changes as something positive, and so far it worked out.

16. How would you say the music industry differs from 80s to the present day? What do you think about the current gothic rock/dark wave music scene?

Ronny Moorings: I think things evolved for the better. I really enjoy the music coming out lately. It feels indeed like another wave of good music, interpreting the past and embracing the future. Music is more easy to distribute than, say, in the eighties. The digital revolution definitely helped a lot of bands to make themselves known to people interested in music. 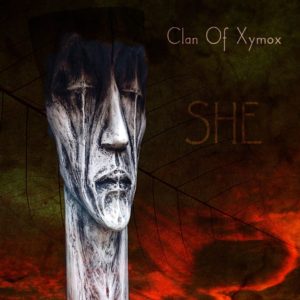 17. Are there any plans to record new songs with Clan of Xymox? Do you have any new projects in the pipe-line?

Ronny Moorings: Our new single “She“ came out a few days ago on Valentine’s Day. The next single is planned for release in April and the album “Spider on the Wall“ will come out in July this year. I am very excited with the result.

18. Would you be able to agree that Clan of Xymox is one of the greatest bands of the genre without blushing? What are you proud of the most?

Ronny Moorings: If you say so. I am proud that a lot of current bands mention our band as an important influence on their music. That is something I feel is a huge compliment and something I could never contemplate in the past when I started making music. Everyone listens to music and the general musician tries to add their own interpretation to whatever style they are into. I guess that’s part of the musical evolution, everyone influencing each other in the end.

19. What would be the one bit of advice you would give to a musician started out on a career in music today?

Ronny Moorings: No advice, just do what you like to do most in life and if that is music so be it. Have fun as long as it lasts.