Another interesting French duo from Lyon appears on the indie music scene. Although described as a post punk influenced band, listening to their second album “Fallen Angels” I can think of some “shoegazing” bands that left a mark on me back in my high school days… I wouldn’t go so far as to describe them as a Cocteau Twins and Joy Division cross breed, but more like Slowdive and Pale Saints. 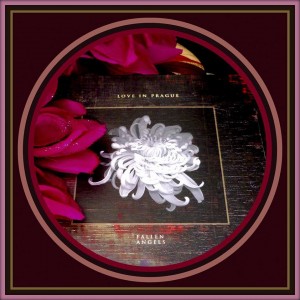 They are mellow, they are dreamy with a guitar that makes me think of My Bloody Valentine, Ride or early Lush, so yes, shoegazing is back I would say.
The album consists of 9 tracks, and that dreamy melancholic feel runs through it from the start to the very last song. Even though Benoît is not as elaborate in his vocal performance, he doesn’t have to be; his almost narrative way of singing is directing the listener to where the main focus should be: Benoît’s guitar and keyboard or Chloé’s bass line. There isn’t much change in the general feel of each song but some tracks can be labelled as post punkish such as Never Ending Story or Lost.
My personal favourites are however Fallen Angles and Alone since I still cherish the time of “shogaze” bands and it seems that the interest in the genre is being renewed as I discover more recent bands reinventing the sound today. But even saying so, Love in Prague put their own stamp on the music they’re creating, as there is never a step back in time, only forward, and future is what you can here today on Love in Prague’s new album. 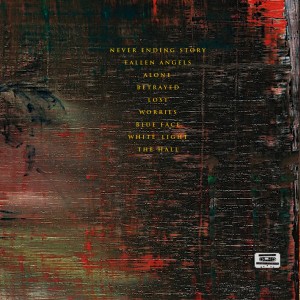 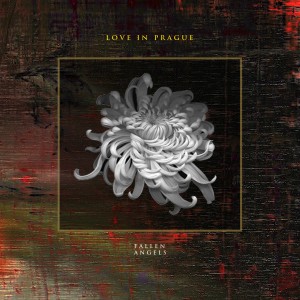 Enjoy the video for “Fallen Angels”!