Main Unit is the first band of «Own Cause» union. Formed with vocalist Eugene Gin, guitarist Vlad Kamenev, bassist Yegor Zaytcev and drummer Constantine Morkovin. The band got its name from the idea of the main project of the art union. Eugene Gin and Constantine Morkovin are also known as members of Manunkind and Gerten.
Main Unit started with a dark psychedelic rock sound that reflects the Russian arcane poetry soul. The band’s sound and Gin’s poetry draw landscapes of the grey metaphysics, poetic symbolism (Rimbaud, Blake) and expansions of consciousness. The band stands between cold psychedelic rock and heavy post-punk in their debut EP. It reminds the decoloured psychedelic paintings, without flowers and happy faces but real, terrible and novel worlds of mind. These depths show the reflective somberness and draw parallels with such bands as Swans or Psychic TV. 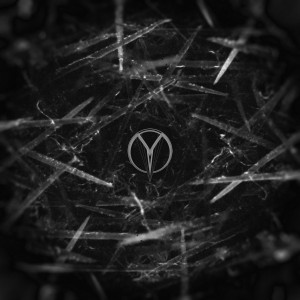 Just recently, in March, 2016 the guys released their first EP consisting of four tracks. What you can feel at the first listening, the tracks really fall into the dark and alternative genre, not settling for the compromises in their music making, but expressing exactly how they feel; their sound is raw and obscure, a bit claustrophobic and restless. They don’t go for the sound that would please many, since that is not their intention whatsoever. They present their truly authentic work, and they are indeed not afraid to experiment. This band can surely deliver some real power sound on stage, which you can even hear when listening to them at home. They however remind me of some legendary times of gothic rock, and even though they label themselves as a psychedelic rock and post-punk, I would add gothic rock to it. They don’t go for catchy melodies, they focus more on creating a general feel and statement which they will surely be recognized by; an unsettling, disturbed and deranged, distorted vision of the nature of things, they send out a powerful message to the listener.