Noisy Deafness, the Hungarian electronic solo formation, was formed in December 2012 by István Lászlók.
Demos had already been made earlier some years before and in 2014 the first EP „Remembrance” was completed by finalization of four old demos and two new songs. The EP was not released but one of the songs was put onto the German Electro-Arc publisher’s international compilation. 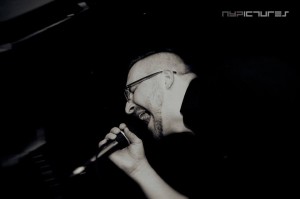 The work continued and in the first half of 2015 the new EP „Silent scream” was completed with four new tracks, which were not released independently.
The debut album of Noisy Deafness „Silent Remembrance” was released in October 2015 by Electro Arc in digital form. This album contains the two complete EPs „Silent scream” and „Remembrance”. The album „Silent remembrance” will be released in January 2016 in CD format with three bonus remixes.
As for the music style it is a unique mixture of dance electronics, EBM and dark electro-pop sounds savoured with some industrial sounds.
The music of the album was presented on live gigs in several cities in Hungary. Noisy Deafness was the opening act for Leaether Strip in Budapest in May 2015. 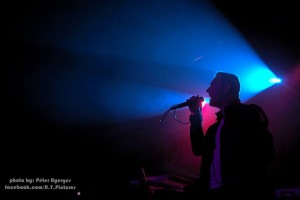 Enjoy the video for “Next to the grave”!