Music has a lot to do with luck. Every day dozens of records are released and there’s no human ear that can hear it all, let alone handle it. By sheer coincidence we received the debut album of the Dutch Non-Alignment Pact, and what a record it is! Eight delightful post-punk tracks that are dominated by rousing guitars, tight rhythms, energetic songs and the necessary portion of melancholy. 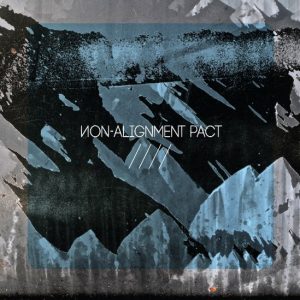 From opener End? you hear that //// (well, that’s the title) goes in the right direction. The four boys from Nijmegen made a solid post-punk album that can be situated between the raw sound of Gang Of Four and the genius of Agent Side Grinder. Sometimes it’s punky, sometimes wave, and some of the songs have the sound of those typical earlier Clan Of Xymox guitars.

We have our doubts about the title, but //// is an absolute must for postpunk fans who do not need radio-friendly tunes!