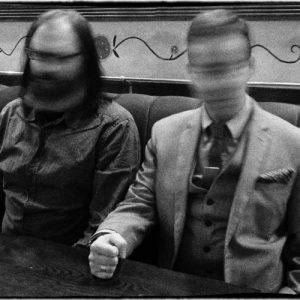 imer is a regular guest on AltVenger. Obviously because he is one of the pioneers of the minimal scene (the first release on the legendary Minimal Wave was by his band Oppenheimer Analysis), but of course because we love his music too.

Last years Andy is involved in both Touching The Void (with Mark Warner who played in Sudeten Creche) and Oppenheimer MK II (with  Mahk Rumbae of Konstruktivists).

So far Oppenheimer MK II released one album: The Presence of the Abnormal. From this one which appeared in 2013, two songs are taken and put on a limited 7” (300 copies) now, released on the fine Peripheral Minimal-label and all mastered by Martin Bowes in The Cage Studios in Coventry. 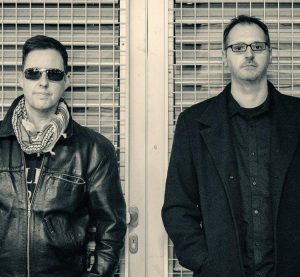 I guess you don’t need any categorization as Oppenheimer MK II is known for its minimal synth pop that has a nod to the 80s, but with its feet at today’s ground. Another Nightmare is splendid synth pop, a song that is made to dance to. The Presence Of The Abnormal has a darker touch, although you won’t stand still for a second.

Well, I guess, the next thing we’re going to say is a bit predictable, but we are waiting for that next Oppenheimer MK II album. Do it, Andy and Mahk, today we actually need people who still know how to write a good tune!