Coming from Melbourne, Australia, Parralox really exceeds the borders with their music. John von Ahlen really masters the electro sound greatly, giving it a futuresque shape. There is nothing nostalgic about the electro sound on “Aeronaut” and we can really taste the future of electronic music here. It is club music, it is dance music and has a very positive vibe, but not forgetting about atmosphere and slower tempo tracks.
On this album you can hear everything from synth-pop with a touch of italo-disco to minimal electro. The opening track “Aeronaut” brings a bit of a melancholic synth feel that I would expect from UK/Germany pop mixtures and a bit of a nostalgic sound, but “Do You Feel What I Feel?” brings me more to some up-to-date trends and is surely more optimistic in the general feel of the song. 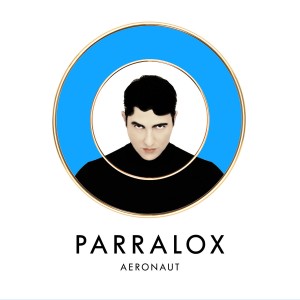 By the third track I can feel I have already found my favourite, as “Solid State” brings that minimalistic electro sound to the surface. It is a very danceable track, with a bit of a retro vibe, but then again, nothing is retro here; Parralox make their own statement! Just to ease it down a bit, “Companion” is the first slow dancer on this album, more oriented towards melody and atmosphere than the beat. “Mystery” continues the previous feel with its slow tempo and atmospheric sounds, but bringing just a bit more beat to it and staying more minimalistic. “Somebody II” seems to have it both, moving beats and a catchy melody. “Together” is a real contemporary club track and “Atmosphere” proves the same; a modern electronic sound, with the dance floor potential, utterly vivid but not so bright and joyful though. Parralox decides to keep up the direction with “Wrong or Right”, but “Wildlife” is again oriented more to a melodic aspect than to maintaining the dance rhythm; and I can sense the close feel as on “Aeronaut”. They save two slower tracks to close the chapter, “Miranda” being an emotional ballad and “Zero” a trancy minimal piece.

What you can find on “Wildlife” EP Limited Edition released on January 29th are some of the great remixes of “Wildlife”, “Somebody II” along with some others. 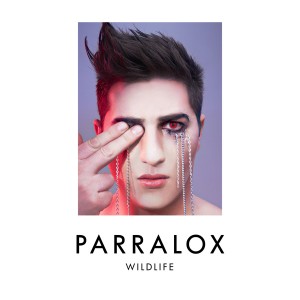 I especially like “Wildlife (7th Heaven Club Mix)” as it brings out the club atmosphere and turns the song into a real club hit. For the same reason my other favourite remix is “Somebody II (John von Ahlen Remix)” that really provides a pumping energy for the dancefloor but still maintains the core of the song enough for my liking. I invite you to discover the rest for yourselves.