It’s an honour when a group contacts you to listen to their music. In this case I am reviewing the upcoming album ‘Conflagration.’ I feel like I have been waiting a very long time for its release. I was sent ‘Mice of Men’ some time back and originally wrote a small review of that single. Then a few months passed and I received the follow-up single ‘Burn’. I know when you like a particular band and their style, you can get quite impatient to listen to the whole album and in this case I did! There is a lovely closeness to the music of Perpacity that sounds like the slower songs of Alphaville / Marian Gold. The album starts with ‘My Life is in You’ and it’s a great song to introduce you to the dark, enchanting world that’s about to unfold. Ian Harling is the vocalist and has a very distinct voice. He lives in the UK and his partner creating the music is Martin Nyrup. Martin is from Denmark creating the impressive musical backdrops that support Ian. ‘Burn’ is the second song and was the second single release for this album. There is a unique addictiveness to the songs this duo produce. Ian’s voice swoons in with the crafted synths and the song drifts smoothly forward. You are compelled to listen and be swept along to the clever lyrics and smart composition. It has a lovely tempo and the song induces a nodding head or foot tap. Be warned! We seamlessly move into the next song ‘Alleroed’ and I feel instantly like the music is cascading over me like silk sheets and enshrouds me with love. I cannot express a better way to describe this song. It’s filled with passion and the rise and fall of the vocals and backdrop are in such perfect harmony. Take time to discover this. The chanting that opens up the song ‘You Said’ works well. We casually sink into another mysterious song with Ian taking us on a bewildering journey. There’s always a feeling 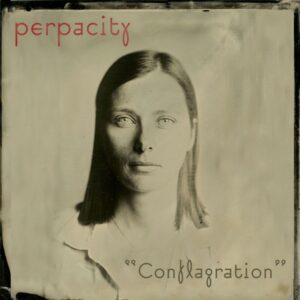 you are not sure what direction the music is going to take you. The synths are so smooth, the vocals well controlled. At this conjuncture I will refer to my previous review of ‘Mice of Men’ that was not published and give you the account of how I interpreted that song then and now. I think the title is very clever itself. Many people are familiar of John Steinbeck’s classic story. I’m by no means saying that the song represents the story or a take, but I recognise that being familiar with the words in a title, even rearranged entices an audience. It starts with swooning feminine vocals, the introduction of synth strings and then the mellow vocals meander in. The lyrics are sung in a colourful way and somehow you are drawn in to the addictive lull immediately. As soon as Ian’s flow picks up, the slow thumps of deep bass accompany his rhythmic slur. It’s such a rich mixture and for a group I haven’t heard before, the sound is so well constructed and professional. A female singer comes swooping in towards the latter part of the song, and whilst we have the constant storytelling, the disappearance of drums and reintroduction almost goes unnoticed. It’s a whirlwind track full of raw emotion and drive. The album captures your attention and once you have hit play you will see the album will be worthy of a full listen. No song is the same and ‘Alison’ uses a different sound arrangement and the song’s tempo starts much slower than previous songs; though halfway through the song changes and adds a lovely tang of harsh darkness. Martin produces very interesting landscapes with his music. ‘In Those Eyes’ starts literally with a breath being expelled. It’s another engaging song with soft beats and sweeping synths. This song has the ingredients of being a catchy pop single with a good chorus. The sound of tide sweeping up a beach is how ‘Beneath the Shores of Death’ starts. It makes perfect sense, but as that vision is bestowed the vision turns into night. The tone of the music is dark and stomps right in. The music drives quickly and Ian’s voice changes dramatically. This is a purposeful song with intent. It’s spooky undertones sends tingles up the spine. This song is a real killer; I personally love it. It carries with it so many emotions and it musical framework is a work of genius. The vocals are amazing. With a title ‘The Dark to Come’ and the plinky-plonk of dark chords you might think the next track is going to dive deeper than the previous track, but the composition changes and the instruments appear stripped back to allow Ian to shine. It’s a song that meanders and tells a story. The strength of this album is that this duo knows how to captivate the audience. ‘These Special Times’ is yet another clever song, adding guitar twangs at the front end and there’s a lovely swagger within Ian’s voice. The song has a great pace and it has the assured feeling of another stand-alone single. It definitely has a sing-along feel to it too. For those who like country music, this song has a certain edge to it. The album comes to a sad close with ‘This Emptiness of Mine’ but all great things come to an end. I expected a song like this to finish the journey. Ian’s voice borders Dave Gahan, unintentional of course. It’s a slower song with ethereal ghostly sounds in the background. The song resonates and you feel mist rising from the ground as night descends. Guitars gently rise to add dynamics towards the end that literally weep. It’s such a well-constructed and well-deserved album to listen to. It’s also an album you will return to. The more you listen, the more you like. I told Martin on first listen that the vocals sounded a little similar to ‘Alphaville’, but there is certainly no imitation or need for this group to do so. All I can recommend is that you go discover Perpacity. This is going to be a group to take notice of and I’m sure they will grow in 2020. ‘Conflagration’ is due out on 28th August 2020.