Brooklyn-based post-industrial duo have just released their latest, Asphyxia, on Metropolis Records. Originally conceived as a solo project in 2013 by Fade Kainer, they’ve branched out in more recent years to include Denman C Anderson and have also done remixes for Hide and Plack Blauge among others. 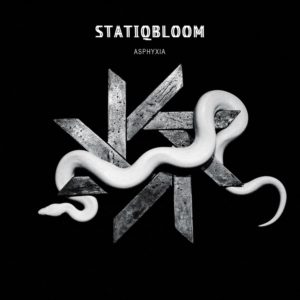 “Ceaseless” and “Possession” will please the diehard fans of albums like Bites and Tactical Neural Implant; they’re both quite stomp-worthy and definitely fit for any club’s industrial night. “Eight Hearts Eight Spikes” is a blistering, hypnotic thrasher with Kainer’s vocals howling through a dystopian soundscape that peels back at times to a more minimal four-on-the-floor. The final track on the album, “Descent,” veers almost into IDM territory with its rumbling, glitchy kicks and scattered, dissonant synths.

This is definitely one to listen to in the dark, yet it carries an energy that makes most of it a winner for the club kids too.